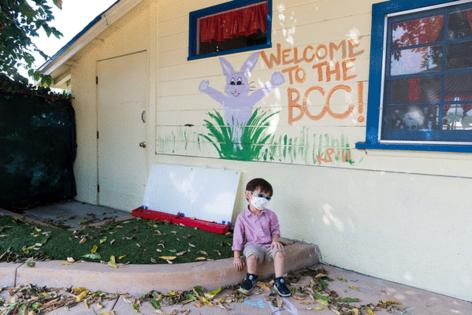 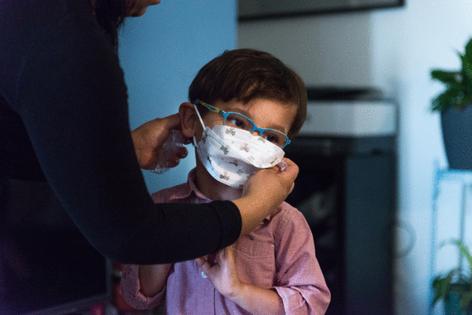 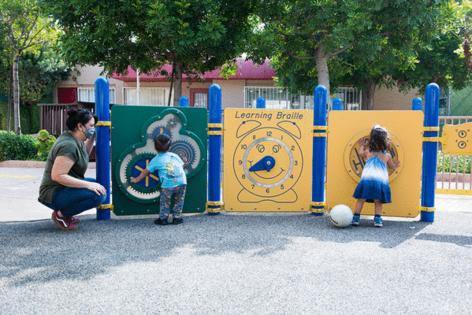 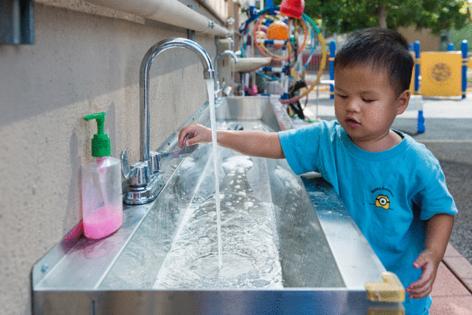 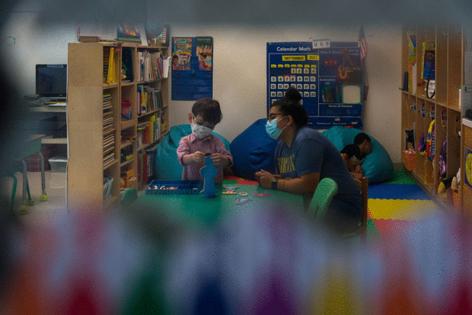 Hand in hand with his mother, Martha Manzo, he walks into the Blind Children’s Center, a low-rise building nestled among apartment complexes in East Hollywood. In the brightly colored hallway, filled with paintings of animals, Manzo kneels to hug Christopher before he scurries unsteadily to his cubby.

Born with congenital hydrocephalus that damaged his brain and left him with severely impaired vision, cognitive difficulties and a lack of coordination, Christopher hasn’t missed only school the past 18 months — he’s missed out on a host of vital occupational, physical and language therapies, as well as socialization with other kids.

At home, Christopher couldn’t look at a computer screen long enough to attend therapies or classes on Zoom, said Manzano, in an interview conducted in Spanish. “He would strain his eyes, look away, and his attention would falter,” she said. “He couldn’t devote the same attention as a kid without disabilities.’’

Christopher “could have advanced much more” since the pandemic hit if he hadn’t missed so much school, said Manzano, who is 36 and has three other children, ages 12, 10 and 8, whom she also has had to guide through months of home-schooling.

Yet the return to school raises particular health issues for Christopher and other children with disabilities who are at increased risk for serious bouts of COVID-19, said his pediatrician at Children’s Hospital Los Angeles, Dr. Liza Mackintosh. Though he isn’t immunosuppressed, Christopher has trouble coughing up secretions, which leaves him vulnerable to lung and respiratory infections, she said.

Compared with other adults in contact with children, his parents, teachers and therapists “have to be more vigilant about mask-wearing, hand hygiene and social distancing,” she said.

In short, Manzo was deeply worried about the threat of COVID exposure Christopher faced at school. But it was a risk she felt he could no longer avoid, to get on with his life.

DEAR MAYO CLINIC: I have a painless mass in my palm that has been getting larger over the past year or so. It is firm, and when I extend my fingers, I feel it stretch like it is under tension. What is this mass, and how do...Read More

PHILADELPHIA — Andrew Newberg, a doctor trained in medical imaging and nuclear medicine, has long studied what he calls neurotheology, the science of what spirituality in the form of prayer, meditation, mindfulness, even...Read More

Cases of COVID-19 caused by the omicron variant have been detected in the U.S., according to the Centers for Disease Control and Prevention. Mayo Clinic experts are actively monitoring the new variant to better understand ...Read More