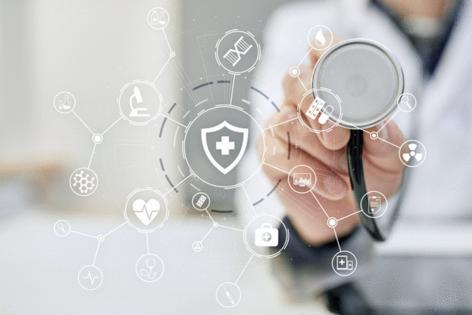 Dear Healthy Men: More than a year ago, I read a column of yours that mentioned that while there are several Offices of Women’s Health in the federal government, there isn’t a corresponding Office of Men’s Health. Is that still true? And if not, why not?

A: The answer to your first question is easy: There are still five federally funded Offices of Women’s Health: at the Centers for Disease Control and Prevention (CDC), Food and Drug Administration (FDA), Department of Health and Human Services (HHS), Health Resources and Services Administration (HRSA), and the Substance Abuse and Mental Health Services Administration (SAMSHA). The combined annual budgets of these offices is in the tens of millions of dollars. In addition, the Office of Research for Women’s Health within the National Institutes of Health (NIH) — one of several research agencies focusing exclusively on women’s health — has a $5 billion annual budget.

Unfortunately, there are still exactly zero Offices of Men’s Health anywhere in the federal government, zero offices researching men’s health, and a corresponding combined budget of exactly zero dollars. (In 2010, the Indian Health Care Improvement Act authorized the creation of an Office of Indian Men’s Health, but more than a decade later, that office is still unstaffed and unfunded.)

Your second question — Why not? — is a bit more complicated and more tragic. In just the past few years, we’ve seen the gap between men’s and women’s life expectancy increase (it’s now more than five and a half years) and a disproportionate number of men dying from COVID and “diseases of despair” — men make up more than two thirds of opiate overdose deaths and three quarters of suicides, according to the CDC. Men die at younger ages and higher rates than women of nine of the top 10 causes of death in the U.S. Most of those premature deaths are preventable.

A federally funded and staffed Office of Men’s Health could save lives. Just look at how successful the Offices of Women’s Health have been at increasing awareness of women’s health issues and at encouraging women to get regular health screenings and physical exams (men are half as likely as women to see a health provider for preventive care). The Office of Women’s Health within the Department of Health and Human Services (HHS) says that it and the other offices have, among other achievements, increased breast cancer screenings and reduced breast cancer deaths, decreased smoking rates for women, decreased teen pregnancy rates, and increased women’s lifespan. An Office of Men’s Health could produce the same type of benefits for men.

A federally funded and staffed Office of Men’s Health could also save money. In a peer-reviewed article published in the American Journal of Men’s Health, my colleagues and I found that the failure to address men’s health in a comprehensive manner costs the government, private employers and the health care system more than $450 billion each year.

What would an Office of Men’s Health do? A lot. To start with, it would create and disseminate — to state and local health agencies, private employers, and religious and community organizations — awareness and educational materials and programs designed to engage boys and men in the health care system and empowering them to be more active participants in their own care. Non-government entities such as Men’s Health Network and Healthy Men, Inc. are trying to fill this role, but they lack the fiscal resources. The Office of Men’s Health would also coordinate male-focused public health efforts with state health agencies (as the Offices of Women’s Health currently do for women).

What can you do to help? Contact your representatives and senators and encourage them to co-sponsor or at least support legislation to create, staff, and fund an Office of Men’s Health within the Department of Health and Human Services. The results could be dramatic, both in terms of lives lengthened, improved, and saved, as well as money saved and reduced health care costs for all Americans. Healthier men and boys lead to healthier families and a healthier society.

DEAR MAYO CLINIC: I've heard several drugs mentioned as possible treatments for COVID-19. What are they, and how do they work?

ANSWER: Since the COVID-19 pandemic began, finding an effective drug to combat COVID-19 has ...Read More

If you're a kidney transplant patient, your chances of living a longer life are improving.

That's according to a recent review published in The New England Journal of Medicine. It showed that the five-year survival rate ...Read More

DEAR MAYO CLINIC: I am ready to start a family, but my doctor said that pregnancy may be high-risk for me because I have a heart condition. Can you explain how pregnancy affects the heart and what I can do to lower my risk...Read More