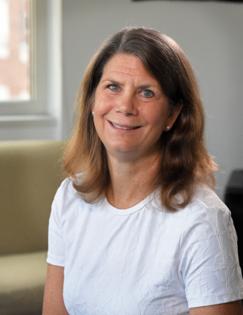 Typhoid infects an estimated 11 million people a year and kills more than 160,000, largely in Asian and African countries with poor water and sanitation systems. Long treatable with antibiotics, the disease is growing resistant now, prompting health researchers to revive an older vaccine developed to prevent it.

In a study published in the New England Journal of Medicine last week, the researchers at the University of Maryland School of Medicine and elsewhere say their work shows the old vaccine can stop the infections. A single dose of the vaccine was more than 80% effective in preventing the disease in thousands of children in Malawi.

The evidence will provide heft to an effort already underway by an international group to distribute the vaccine in low- and middle-income countries.

“Typhoid is one of those diseases that causes fever and systemic illness in children and was readily treated with antibiotics,” said Dr. Kathleen Neuzil, director of the university’s Center for Vaccine Development and Global Health and a co-author of the study.

“The problem is that it’s getting increasingly drug-resistant,” she said. “So it’s increasingly becoming severe and fatal again like before antibiotics were used.”

Unlike COVID-19, which is caused by a virus, typhoid is caused by a kind of bacteria, Salmonella Typhi, which is different from the salmonella that causes stomach distress in the United States. Typhoid is spread through food and water contaminated with fecal matter.

While the disease is far more prevalent in Asia and Africa, there are typically several hundred cases in the United States each year, mostly related to travel to developing countries. There were 21 reported in Maryland in 2019, according to the latest state data provided online.

For the study in Malawi, where typhoid is common, more than 14,000 children were given the vaccine by a group called TyVAC, or the Typhoid Vaccine Acceleration Consortium, which is based at the University of Maryland.

TyVAC is a partnership between the Neuzil’s center, the Oxford Vaccine Group at the University of Oxford and the global nonprofit PATH, with the goal of accelerating use of so-called typhoid conjugate vaccines that are designed to produce a stronger immune response.