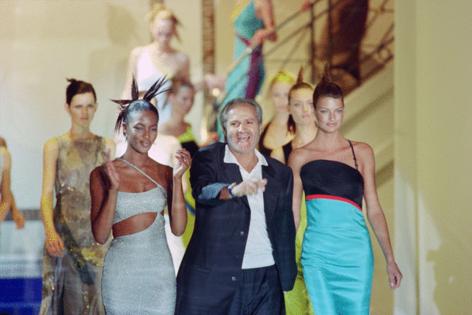 Linda Evangelista, whose face graced the covers of countless fashion magazines in the 1990s, said Wednesday that she had taken “a big step towards righting a wrong that I have suffered and have kept to myself for over five years.”

The supermodel says she’s a victim of a cosmetic procedure gone wrong, and she has filed a lawsuit.

“To my followers who have wondered why I have not been working while my peers’ careers have been thriving,” the 56-year-old wrote Wednesday on Instagram, “the reason is that I was brutally disfigured by Zeltiq’s CoolSculpting procedure which did the opposite of what it promised. It increased, not decreased, my fat cells and left me permanently deformed even after undergoing two painful, unsuccessful corrective surgeries.

“I have been left, as the media has described, ‘unrecognizable,’” she said.

This from one of the world’s original supermodels who said in 1990, when she was experiencing overwhelming success, that she didn’t wake up “for less than $10,000 a day.”

CoolSculpting is a noninvasive procedure from Allergan Aesthetics, approved by the FDA to reduce visible bulges under the chin and jaw and on the thighs, abdomen, flanks and back.

A representative for AbbVie, which acquired Allergan in 2020, did not respond Thursday to the Los Angeles Times’ request for comment on Evangelista’s statement.

Evangelista said she has become a “recluse” since the procedure due to a rare side effect she maintains she was not informed about. In the Instagram message, she gives no further details about the filing.

She explained that after undergoing the fat-freezing procedure, she developed paradoxical adipose hyperplasia, described in a 2014 National Institutes of Health publication as “a rare, previously unreported side effect of cryolipolysis with an incidence of 0.0051%."

“PAH has not only destroyed my livelihood,” Evangelista wrote, “it has sent me into a cycle of deep depression, profound sadness, and the lowest depths of self-loathing. In the process, I have become a recluse.”