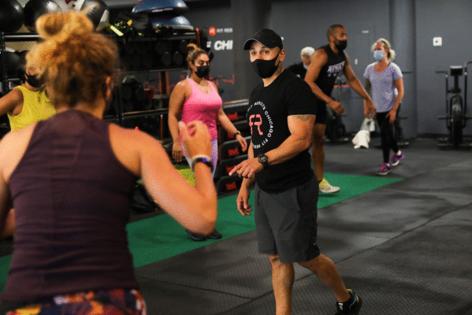 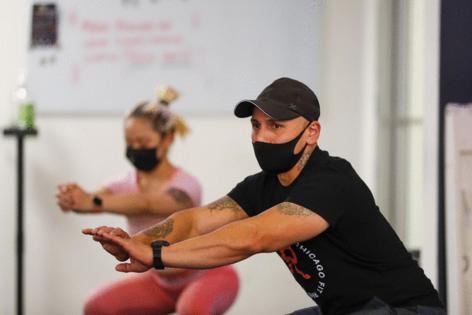 CHICAGO -- When Luis Centeno was younger, he had life goals that included wanting to build his own business.

He eventually did, but the enterprise he worked to create on the streets of Chicago's Little Village neighborhood and beyond was selling drugs. He controlled blocks of the neighborhood while having run-ins with the law.

Centeno would spend 10 years in federal prison. But seemingly hitting rock bottom, it was there he discovered a new passion that would eventually turn his life around.

In prison, the gym was a safe haven for him, helping the days go by faster, he said.

“It allowed me to deal with anxiety and stress and depression throughout my incarceration,” Centeno said.

It took persistence and difficult life lessons to get where he is now. In many ways, it was the same hustle and determination he’s always had that drove him to create his legal business — owning gyms in the city.

Centeno is the owner of Fit Results, a gym that offers boot camps, personal training and group fitness classes.

‘I adjusted to my environment’

Centeno grew up in Little Village, where as a kid he would help clear snow from his neighbors’ yards in exchange for chips and popcorn, his mom, Leticia Centeno, said.

Her youngest of three, Luis was a happy, loving and restless young boy.