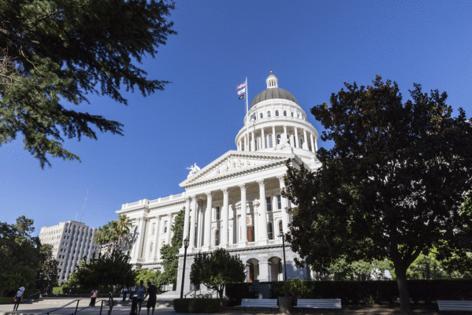 And the leaders of California’s single-payer movement will want their due.

Publicly, union leaders say they’re standing beside Newsom because he has displayed political courage during the covid-19 pandemic by taking actions such as imposing the nation’s first statewide stay-at-home order. But behind the scenes, they are aggressively pressuring him to follow through on his 2018 campaign pledge to establish a government-run, single-payer health care system.

“I expect him to lead on California accomplishing single-payer and being an example for the rest of the country,” said Sal Rosselli, president of the National Union of Healthcare Workers, which is urging Newsom to get federal permission to fund such a system.

Another union, the California Nurses Association, is pushing Newsom to back state legislation early next year to do away with private health insurance and create a single-payer system. But “first, everyone needs to get out and vote no on this recall,” said Stephanie Roberson, the union’s lead lobbyist.

“This is about life or death for us. It’s not only about single-payer. It’s about infection control. It’s about Democratic and working-class values,” she said. “We lose if Republicans take over.”

Together, the unions have made hundreds of thousands of dollars in political contributions, funded anti-recall ads and phone-banked to defend Newsom. The latest polling indicates Newsom will survive Tuesday’s recall election, which has become a battle between Democratic ideals and Republican angst over government coronavirus mandates. The Democratic Party closed ranks around the governor early and kept well-known Democratic contenders off the ballot, leaving liberal voters with little choice other than Newsom.

“This is a crucial moment for Newsom, and for his supporters who are lining up behind him,” said Mark Peterson, a professor of public policy, political science and law at UCLA who specializes in the politics of health care. “They’re helping him stay in office, but that comes with an expectation for some action.”

But it’s not clear that Newsom — who will face competing demands to pay back other supporters pushing for stronger action on homelessness, climate change and public safety — could deliver such a massive shift.

Reorganizing the health system under a single-payer financing model would be tremendously expensive — around $400 billion a year — and difficult to achieve politically, largely because it would require tax increases.

Remember when a COVID-19 diagnostic test meant waiting in your car for a nurse wearing head-to-toe PPE to shove a long swab down your throat and send the sample to a lab that would take a week or more to return results?

But there’s a lot more at stake for Californians’ health care than mask and vaccine mandates.

Have you overlooked or postponed your health checkups during the unending 20-month pandemic?

A new study suggests that U.S. cancer diagnoses have declined because of pandemic-related upheaval. The average monthly number ...Read More

Sickle cell disease, which is a group of inherited red blood cell disorders, affects approximately 100,000 people in the U.S., according to the Centers for Disease Control and Prevention.