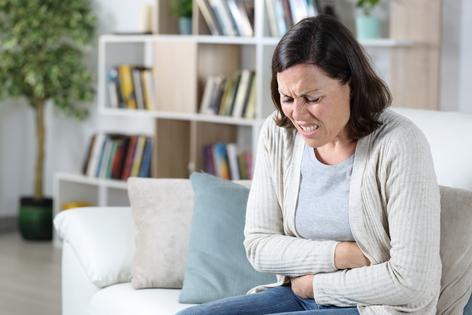 DEAR MAYO CLINIC: I am 52 and recently had gone 10 months without a period, so I had assumed I was in menopause. But, over the past three months, I’ve noticed some light spotting. Does this mean I’m not in menopause? How do I know when I’m in menopause, and do I need to see a gynecologist or health care provider about this issue?

ANSWER: It’s possible that you haven’t reached menopause yet. Clinically, menopause is defined as going without a period for one year. At 10 months, you don’t quite meet that threshold, but it is possible that you are just beginning menopause. However, depending upon when you last saw your health care provider and had a pelvic exam, it might be worthwhile to make an appointment, as there are a number of conditions where breakthrough bleeding is the first indication of an issue.

Menopause is the natural process that marks the end of a woman’s reproductive years when menstrual cycles stop. It typically happens during the 40s or 50s, with the average age of menopause in the U.S. at 51.

Skipping periods as you approach menopause — a stage sometimes called perimenopause — is common and expected. During that time, menstrual periods often will skip a month and return, or skip several months and then start monthly cycles again for a few months. Periods also tend to happen on shorter cycles during perimenopause, so they may be closer together than is typical for you.

Ten months between periods is longer than usual in the perimenopause stage. But it is possible, and the spotting you’ve noticed may not signal anything other than the fact that your body isn’t to menopause at this point. However, if you have gone through menopause, then the bleeding could be cause for concern.

Bleeding after menopause is not normal, and it must be evaluated by a health care provider. Postmenopausal bleeding can have various causes.

One of the most serious underlying conditions that could lead to this type of bleeding is cancer. For example, cancer that begins in the uterus, called endometrial cancer, often triggers abnormal vaginal bleeding. For many women with this form of cancer, bleeding is their only symptom and it is often painless. That’s why it’s so important to have postmenopausal bleeding evaluated as soon as possible, even if it is only light spotting.

Less common kinds of cancer that also could cause abnormal bleeding are cancer of the cervix or vagina, as well as uterine sarcoma. Other underlying medical concerns that may lead to vaginal bleeding after menopause include conditions that thin the tissue that lines the uterus or the vagina, called endometrial atrophy and vaginal atrophy. In some cases, uterine fibroids or polyps may trigger bleeding too.

The bleeding also could be the result of a condition known as endometrial hyperplasia, in which there is a precancerous overgrowth of cells that make up the uterine lining. An infection, injury or other pelvic trauma, and certain medications also have been known to cause postmenopausal bleeding.

Despite this list of disconcerting possibilities, please know, too, that the bleeding you are experiencing may be harmless, without any serious underlying medical condition causing it. But, at this time, you should see your health care provider to find out what’s going on. — Jamie Bakkum-Gamez, M.D., OB-GYN, Mayo Clinic, Rochester, Minnesota

Dear Healthy Men: What’s the top cause of death in men and what can guys do to reduce their risk?

An estimated 28 million children nationwide are expected to soon be eligible for a COVID-19 vaccine, pending the expected authorization of the Pfizer shot for kids 5 to 11 in the coming weeks.

Q: My children are having a rough time as the pandemic drags on. What are the signs that they may need more support, and how can I help?

A: The ongoing stress, fear, grief and uncertainty from COVID-19 have weighed on all...Read More