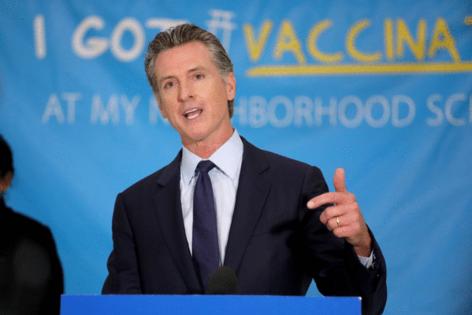 Although no one wants to see it happen, some state and local public health officials soon may recommend reinstating mask mandates, imposing curfews, limiting travel and even reclosing schools and businesses.

But in numerous states, including many with low vaccination rates and escalating COVID-19 hospitalizations, newly minted laws may prevent many of those public health precautions — or at least make them difficult to impose.

Many Republican lawmakers want to keep it that way, even as COVID-19 cases spike in unvaccinated pockets of the country, largely because of the delta variant.

Starting last year, mostly GOP state legislators in nearly every state proposed hundreds of bills to either specifically preclude the use of proven public health measures or more broadly tie the hands of state and local health officials, and governors, in a public health crisis.

Many of the new laws also limit the duration of public health emergencies, require legislative approval to declare or continue emergency status, and prohibit state and local governments from issuing public health safeguards without oversight by elected officials.

“I’ve never seen an infectious disease politicized to the same extent that COVID-19 has been. Virtually every neutral public health measure from masking, to distancing and now vaccines has been politicized,” said Lawrence Gostin, an international health law professor at Georgetown University.