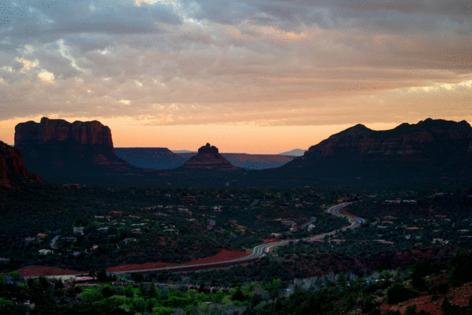 The world is facing unprecedented levels of drought.

In the U.S., nearly half the mainland is currently afflicted, according to the National Oceanic and Atmospheric Association. The situation is especially dire in the Northwest, which is facing some of its driest conditions in over a century following a heat wave that killed hundreds of people.

No continent, except Antarctica, has been spared, according to the SPEI Global Drought Monitor.

In Brazil, the current drought is one of the worst ever recorded. Coffee production is expected to fall 23% this year, and low reservoir levels mean the country can't fully utilize its hydroelectric plants, driving up electricity bills.

In Madagascar, drought has left hundreds of thousands of people malnourished, pushing the country to the edge of famine.

Drought — low precipitation leading to water shortage — has existed forever. But scientists say that rising global temperatures and shifting precipitation patterns are already leading to more frequent droughts and that the situation is likely to get worse.

In the last two decades alone, the United Nations estimates drought has affected 1.5 billion people and led to economic losses of at least $124 billion.

How governments are trying to reduce water use

Across the globe, governments are taking action to curb water use.

Q: My family has been using a lot of hand sanitizer during the pandemic. Is there anything harmful in it?

A: Washing hands with soap and clean water for at least 20 seconds is the best way for children to get rid of ...Read More

DEAR MAYO CLINIC: My 6-year-old son becomes anxious and agitated whenever it storms. I have noticed that this behavior has become more frequent since we had to evacuate last year for a few days due to a pending hurricane. ...Read More

It took years for Elle Moxley to get a diagnosis that explained her crippling gastrointestinal pain, digestion problems, fatigue, and hot, red rashes. And after learning in 2016 that she had Crohn’s disease, a chronic ...Read More