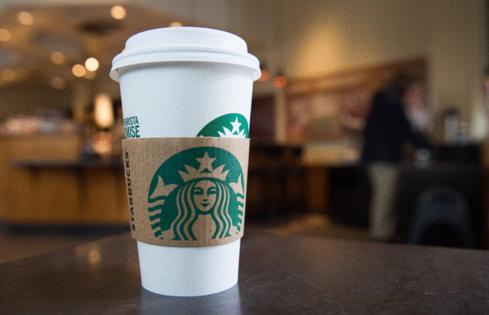 Given that 90% of adults are caffeine users, you'd think that hospitals might consider what those orders not to eat or drink before and after surgical procedures might mean for people who have to miss their daily doses of coffee, tea or Diet Coke.

Jeffrey Goldberger, a University of Miami cardiologist and electrophysiologist, admits that he, like other doctors he knows, didn't give it much thought until last fall when he and his son-in-law discussed how 25 hours of fasting for the Jewish holidays affects coffee drinkers. "People get all kinds of crazy ideas about how to avoid the coffee withdrawal," he said.

That made him think about the woes of caffeine-loving patients. He realized that doctors routinely ask about other substances that can cause withdrawal — alcohol, cigarettes, cocaine, opioids — but they usually don't ask about caffeine, despite its nearly ubiquitous use. The result was a recent paper in Food and Chemical Toxicology that reviewed past work on patients and caffeine deprivation and called for more research on what Goldberger sees as "a fairly sane and reasonable solution": giving patients pills or intravenous solutions that can stave off withdrawal symptoms.

He said his health system is now considering how to study the impact of caffeine withdrawal and replacement on patients.

Studies in the 1990s found that patients who had headaches before and after procedures consumed more caffeine than patients who did not have headaches. Such headaches, Goldberger's study said, can lead to additional treatment and a longer hospital stay. Researchers also found that giving patients oral caffeine supplements reduced post-op headaches.

A small 2018 study found that Intensive Care Unit patients with delirium were heavier caffeine users before admission than those without delirium. Another study found that caffeine given around the time of surgery helped rats recover from anesthesia more quickly.

Patients are told not to eat or drink anything before procedures to lessen the risk of stomach contents being inhaled into the lungs. This can lead to aspiration pneumonia.

Caffeine probably gets less attention than other substances because its withdrawal symptoms are more subtle and less dangerous. Withdrawal from alcohol can be life-threatening for a heavy drinker.

Goldberger wanted his fellow physicians to understand that going without coffee or tea can cause significant discomfort for patients that's easy to address. "This is really to raise awareness and hopefully to spur some change," he said.

In the 1960s, health care across the Mississippi Delta was sparse and much of it was segregated. Some hospitals were dedicated to Black patients, but they often struggled to stay afloat. At the height of the civil rights ...Read More

My mom got on TikTok before I did. I wish I could pretend like this was some big shock — my Gen X mom scrolling with the likes of Gen Z! — but it wasn't.

This was her first experience on any social media platform. She...Read More

The announcement of a new drug to treat Alzheimer’s disease was greeted this week with celebration and skepticism. The Food and Drug Administration approved the use of the drug Aduhelm over the objections of an FDA ...Read More