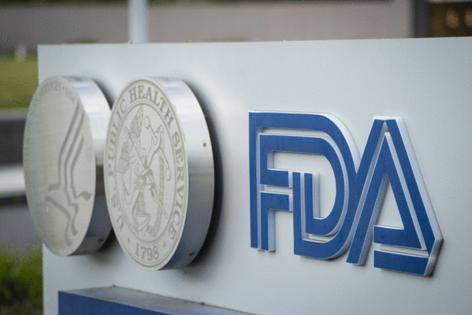 The announcement of a new drug to treat Alzheimer’s disease was greeted this week with celebration and skepticism. The Food and Drug Administration approved the use of the drug Aduhelm over the objections of an FDA advisory committee and expert panels that questioned the medicine’s effectiveness in trials.

That would be some expensive false hope — lucrative profit for a pipe dream — if the treatment fails to improve Alzheimer’s symptoms once the drug becomes widely available.

We say it’s still a gamble worth taking.

The pandemic year has shown us the possibilities of science unleashed — a vaccine for the coronavirus rushed to market in record time with promising results so far. If Aduhelm doesn’t prove up its effectiveness in trials to come, the FDA reserves the right to pull it from shelves. The biggest job now falls to the health care community, doctors and researchers to continue to educate the public and Alzheimer’s patients on the risks, uses and shortcomings of the treatment. As long as families are informed and give consent, and expectations are properly managed, Aduhelm should be among the treatment options for Alzheimer’s patients.

And the FDA should continue taking leaps of faith, like this one, in the interest of public health. Too many promising treatments for numerous ailments never make it to the people who need them out of an abundance of caution, layers of bureaucracy and a corps of product liability lawyers.

The new medicine won’t come cheap. Biogen, the drugmaker, says it will cost around $56,000 annually, which according to CNBC, is much higher than analysts were anticipating. “That’s the wholesale price, and the out-of-pocket cost patients will actually pay will depend on their health coverage,” CNBC wrote.

But Alzheimer’s disease has no cure. The year 2003 was the last that the FDA approved a drug to treat it.

According to health websites, Aduhelm “eliminates beta-amyloid clumps in the brain — a process that Biogen says slows their ability to destroy neurons.” It is given intravenously once a month and is said to slow the process of deterioration in the brain.

Early signs of the disease include forgetfulness over recently learned information; forgetting dates and events; and asking the same questions over and over.

In a touching tribute to his mother who has dementia, Chicago ribune columnist Eric Zorn (“Catching you up on the heartbreak and happiness in my family”) on June 6 wrote of his mother’s journey and their rituals trying to reach her through song.

“I used to joke that my mother remembers John Jacob Jingleheimer Schmidt better than she remembers me,” Zorn wrote.

“We assemble in the kitchen and sing together when I go back home to Ann Arbor every few weeks. Certain old songs have worn deep enough grooves into her failing memory that she can still access most of the lyrics, especially if we repeat the choruses often enough.

“‘Daisy Bell,’” also known as ‘Bicycle Built for Two,’ is a favorite. ‘You Are My Sunshine.’ ‘Red River Valley.’ ‘Clementine.’ ‘She’ll Be Coming Around the Mountain.’ ‘Michael Row the Boat Ashore.’

“The aforementioned nonsense ditty about the four-named apparent victim of identity theft once reliably transported us back to simpler, happier times — my childhood and hers — even when she began showing confusion about just who it was there at the table playing the guitar and picking the songs.

“I joked about it because, sometimes, what else can you do? Dementia is brutal, unforgiving, heartbreaking and exhausting. The grieving is incremental, protracted and relentless.”

We’ve become a snacking nation, and in fact, the idea of snacking has lost its stigma. What was once discouraged as a “spoiler of appetites” has now come to be considered a healthful habit, but it can be easy to ...Read More

While one of the most iconic uses for the ever-popular green bean is in a creamy casserole at the holidays, fresh beans purchased in season at your local market can’t be beat. Their peak season is June through September,...Read More

As someone who struggled with a miserable opiate addiction for 10 years, and who has treated hundreds of people for various addictions, I am increasingly impressed with the ways in which mind-body medicine can be a ...Read More