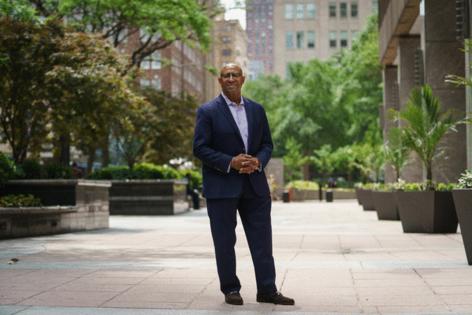 "Get screened!" he said during an interview on Thursday at the Center City offices of public relations executive Jay Devine. "All you have to do is give a little blood. See where you are. It's not like they're drilling a hole in your head."

Nutter, 63, is aware that prostate specific antigen (PSA) screening is far more controversial than when he began doing it at age 50 in 2008. Back then, his doctor (who is also his best friend from high school) recommended checking his PSA level, so Nutter did it.

Fast forward to today. All the expert groups that issue guidelines, including the American Urological Association, acknowledge a dilemma. Studies show automatic, one-size fits all screening saves very few lives, and leads to diagnosis and treatment of many cancers that would never cause harm if left undetected. Treatment may cause permanent urinary or sexual problems, or both. The guidelines say men should be informed of the risks, as well as the benefits, before deciding what to do.

Nonetheless, Nutter believes he has an "obligation" to encourage PSA screening because of his race. Black men are about 60% more likely to develop prostate cancer during their lives, and twice as likely to die of it than white men. In terms of individual risk, 1 in 6 Black men and 1 in 8 white men are diagnosed; 1 in 23 Black men and 1 in 42 white men die of the disease.

The reasons are not totally clear, but studies have found socioeconomic status and suboptimal treatment can account for most, if not all, of the racial disparity in death rates.

"There continues to be a skepticism, a reluctance, on the part of Black people toward the medical establishment," Nutter said. "I do want to reach out to men, but I'm hypersensitive to the disparities in communities of color. COVID-19 has, tragically, reminded us of that again. As a Black man, I have an obligation to talk about this."

In 2007, Nutter won a come-from-behind victory in a field of political heavyweights by promising to clean up City Hall and avoid the ethical scandals of his predecessor and nemesis, John F. Street. Nutter led with a data-focused (some called it nerdy) approach to city management. He had an oftentimes icy relationship with City Council and labor throughout his eight years, which included the recession, the spotlight of the 2015 papal visit, and planning for the Democratic National Convention.

Since leaving office in 2016, he has been involved in education, media, public policy, political campaigns, consulting, and more.

We’ve become a snacking nation, and in fact, the idea of snacking has lost its stigma. What was once discouraged as a “spoiler of appetites” has now come to be considered a healthful habit, but it can be easy to ...Read More

While one of the most iconic uses for the ever-popular green bean is in a creamy casserole at the holidays, fresh beans purchased in season at your local market can’t be beat. Their peak season is June through September,...Read More

As someone who struggled with a miserable opiate addiction for 10 years, and who has treated hundreds of people for various addictions, I am increasingly impressed with the ways in which mind-body medicine can be a ...Read More

DEAR MAYO CLINIC: Our toddler has shown signs that she might be allergic to our dog. We have had our dog for eight years, and the dog seems to be fond of our daughter. Do you have any tips for how we can safely keep our ...Read More