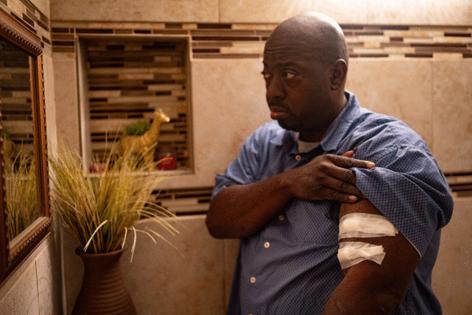 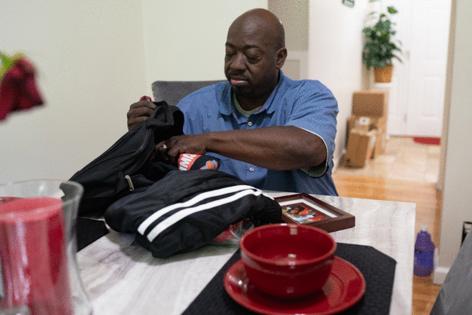 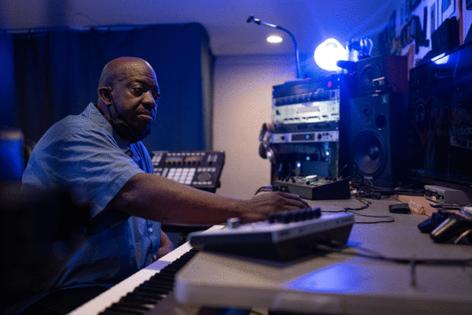 Alphonso Harried recently came across a newspaper clipping about his grandfather receiving his 1,000th dialysis treatment. His grandfather later died — at a dialysis center — as did his uncle, both from kidney disease.

“And that comes in my mind, on my weak days: ‘Are you going to pass away just like they did?’” said Harried, 46, who also has the disease.

He doesn’t like to dwell on that. He has gigs to play as a musician, a ministry to run with his wife, and kids to protect as a school security guard.

Yet he must juggle all that around three trips each week to a dialysis center in Alton, Illinois, about 20 miles from his home in St. Louis, to clean his blood of the impurities his kidneys can no longer flush out. He’s waiting for a transplant, just as his uncle did before him.

Thousands of other Americans with failing kidneys are also stuck, going to dialysis as they await new kidneys that may never come. That’s especially true of Black patients, like Harried, who are about four times as likely to have kidney failure as white Americans, and who make up more than 35% of people on dialysis but just 13% of the U.S. population. They’re also less likely to get on the waitlist for a kidney transplant, and less likely to receive a transplant once on the list.

An algorithm doctors use may help perpetuate such disparities. It uses race as a factor in evaluating all stages of kidney disease care: diagnosis, dialysis and transplantation.

It’s a simple metric that uses a blood test, plus the patient’s age and sex and whether they’re Black. It makes Black patients appear to have healthier kidneys than non-Black patients, even when their blood measurements are identical.

“It is as close to stereotyping a particular group of people as it can be,” said Dr. Rajnish Mehrotra, a nephrologist with the University of Washington School of Medicine.

This race coefficient has recently come under fire for being imprecise, leading to potentially worse outcomes for Black patients and less chance of receiving a new kidney. A national task force of kidney experts and patients is studying how to replace it. Some institutions have already stopped using it.

Do you sometimes lose your train of thought or feel a bit more anxious than is typical for you?

Those are two of the six questions in a quiz on a website co-sponsored by the makers of Aduhelm, a controversial new ...Read More

LOS ANGELES — Wildfire season is already off to a record-breaking start, and experts are warning that smoke from the state's biggest blazes may be as dangerous as the flames themselves.

PHILADELPHIA — Not long after Rickie Samuel learned that she had ALS, a heartbreakingly disabling and fatal neurological disease, she and several members of her family met with her treatment team to hear more horrible ...Read More

A new laboratory study suggests recipients of Johnson & Johnson’s coronavirus vaccine may need a second dose. Experts say: We’re not sure yet.

The study, which was posted by bioRxiv on Tuesday, found J&J’s vaccine ...Read More

Biogen Inc. fought back against criticism of the unusual circumstances that led to the U.S. approval of its Alzheimer’s drug Aduhelm, saying in an open letter it has been the subject of “extensive misinformation and ...Read More