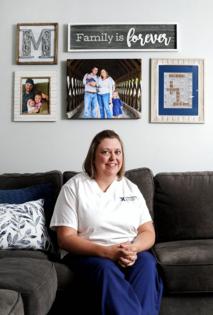 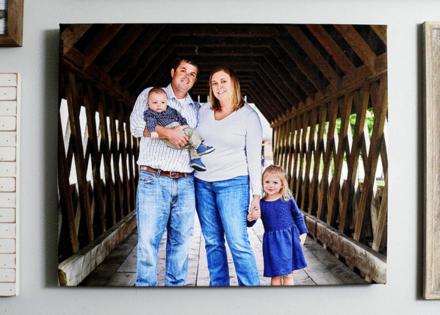 Especially for his wife, Kara McGee.

“When we went to the oncology office, those nurses were the people we interacted with the most,” McGee said. “Those were the people you called in the middle of the night when something happens and you don’t know what to do.”

Nurses seemed to know what Brad, the patient, and Kara, the caregiver, needed before they even asked.

And they’re what prompted Kara McGee to make a drastic career change — pivoting from teaching middle school in Columbus City Schools to becoming a nurse after her husband died on Oct. 26, 2018, following an 18-month battle with cancer. He was only 40.

Then a 39-year-old Hilliard mother with two small children, Kara McGee had to make a plan on how she would provide for Avery, now 8, and Dylan, now 6, going forward. Spousal benefits wouldn’t last forever, and her heart, she said, just wasn’t in teaching anymore.

So after the heavy fog of the tragedy began to lift six months later, her thoughts turned to the nurses who helped her family in its darkest hour.

As National Nurses Week came to a close Wednesday – the celebration always ends on the birthday of Florence Nightingale, the founder of modern nursing – McGee begins the second semester of the accelerated nursing program at Xavier University’s Columbus site. (She's scheduled to graduate next spring.)

McGee's dream is to become an oncology nurse. And although it’s been challenging to go back to college in such a demanding field while being a single parent still reeling a bit from the death of her husband, she’s absolutely convinced that she’s made the right move.