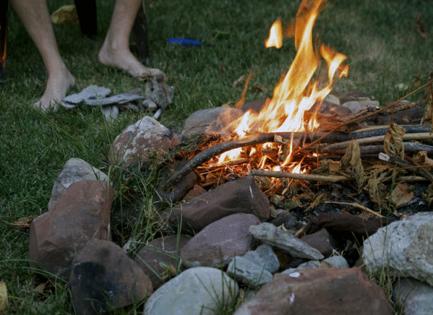 Olivia Klassen’s face lights up when she talks about summer camp. She loves to do the scavenger hunt with her camp friends. She also loves paddleboarding, swimming in the lake and “kitchen raids.” But what she loves most is being surrounded by kids who, just like her, have Type 1 diabetes — which allows her to focus on having fun instead of being different.

“Camp is a top priority for me,” Klassen, 13, said of Camp Ho Mita Koda. “I don’t really feel the same without camp. That’s my second family, my home away from home. Being there makes me feel like a normal kid, because everyone is doing the same things I do.”

Camp Ho Mita Koda, in Newbury Township, Ohio, is one of about 300 American summer camps focused on people with special health concerns, including developmental disabilities or dietary and medical needs, said Colette Marquardt, executive director of the American Camp Association’s Illinois office. It is one of the few overnight special needs camps that remained in-person last year, and it will welcome campers again this year even though it could be months more before kids younger than 12 can be vaccinated against COVID-19.

While mitigating the risk of COVID infections at any of the country’s approximately 15,000 camps is a priority, it is an imperative for camps hosting people who might be at higher risk of serious illness, Marquardt said. Last summer, many medical camps developed “virtual camps” — often with care packages containing supplies for art projects and other camp activities — after organizers were unable to overcome logistical, equipment and staffing needs to operate in person safely.

Some medical camps will remain virtual this summer, while others are easing back into in-person activities with shortened overnight camps, day camps and family camps. Camp Ho Mita Koda, building off last summer, will offer weeklong overnight camps again this year with multiple layers of protocols in place.

The camp will again have fewer campers each session and will require physical distancing, COVID testing and quarantining by staff members — most, if not all, of whom will have been vaccinated. Campers, who will be organized into small cabin cohorts that will stay together for the duration of the camp, will be required to wear masks when engaging with anyone outside their cohort. Masks will not be required while sleeping, eating, swimming or showering.

“Families and kids want and need camp,” said Ian Roberts, director at Camp Ho Mita Koda. “It is pretty evident with the number of registrations we see each week.”

Special needs camps commonly offer traditional activities such as swimming, zip lining, horseback riding and archery, but they also fill a powerful role for campers and their families, said Marquardt. A camper may be the only kid in their school who has diabetes or a food allergy or uses a wheelchair — which can feel isolating. But at camp, they are surrounded by people with the same or similar challenges. They also get a chance to experience independence and take part in activities they may have thought were off-limits before.

“It’s a place where the people who go to camp get to do the things they see other kids doing that they didn’t think they could do,” said Arbie Hemberger. Her 46-year-old daughter, Cindy, who has mild cerebral palsy, has attended an Easterseals camp in Nebraska since she was 6.

Because special needs camps have medical staffers on-site, they often provide a respite for parents who lack other caregivers for their kids. Hemberger, who lives in Nebraska, said she didn’t have anyone with whom she could easily leave her daughter when Cindy was young. So camp became the one week each year she and her husband could relax and take some time for themselves.

For more than two years, the University of California has grappled with how to manage proposed partnerships between UC medical systems and hospitals that impose restrictions on healthcare on religious grounds.

In South Florida, when people want to find a Black physician, they often contact Adrienne Hibbert through her website, Black Doctors of South Florida.

“There are a lot of Black networks that are behind the scenes,” ...Read More

DEAR MAYO CLINIC: Ever since I was a teenager and began menstruating, I seem to get headaches that come on around the first day of my period. I am now in my 30s, and over the past year or so, they seem to be getting more ...Read More

Democratic lawmakers and much of the health care industry cheered the Supreme Court’s ruling Thursday to uphold the 2010 health care law.

Democrats had campaigned against the legal challenge during the past two campaign...Read More

In rejecting yet another in a seemingly endless series of Republican attacks on the Affordable Care Act, the Supreme Court did more than just preserve a crucial protection for millions of Americans with preexisting health ...Read More