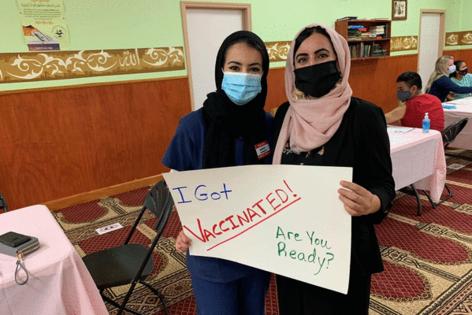 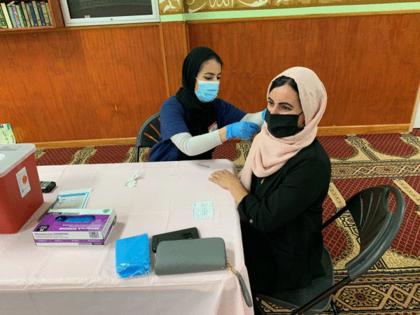 On a sloppy spring day in mid-March, hundreds of Kurdish Americans gathered in a field outside Nashville, Tennessee, under a sea of black umbrellas. Some of the men carried a stretcher to an open grave, where a yellow backhoe waited.

In accordance with Muslim tradition, the body of Imad Doski — a prominent community leader — was buried within 24 hours of his death. He was another casualty of COVID-19.

“It hit people. They saw it happen to one of them,” said Faiza Rashid, a nurse practitioner at the Amed Family Clinic, the Kurdish-run medical practice in town. “It hit home.”

Doski’s death just six weeks ago became a wake-up call for many in Nashville’s Kurdish community — the largest in the U.S. The community has been growing and thriving since a wave of Kurdish refugees started arriving 30 years ago, fleeing Saddam Hussein and the Gulf War.

Doski was part of that early wave of immigrants, and he helped start the Salahadeen Center, which serves as a mosque, religious school and community center for Nashville-area Kurds.

Doski’s untimely death — he was in his mid-50s and relatively healthy — persuaded many Kurds to be more open to the idea of vaccination, according to Rashid. After his death, the Salahadeen Center worked with the city health department to schedule on-site vaccination events.

Questions About Vaccination During Ramadan

Immigrants were expected to have more vaccine hesitancy than most Americans.

But as Kurdish residents in Nashville have started to come around, new questions emerge. A top concern is how the vaccine interacts with the religious obligations of the month of Ramadan, which runs through mid-May.

Many Muslims are careful not to break their daily sunrise-to-sunset fast, and some interpret that as refraining from anything that enters the body. The local imam weighed in, saying the vaccine does not count as nutrition. Other Muslim leaders around the world have also found ways to make an exception for the vaccine.