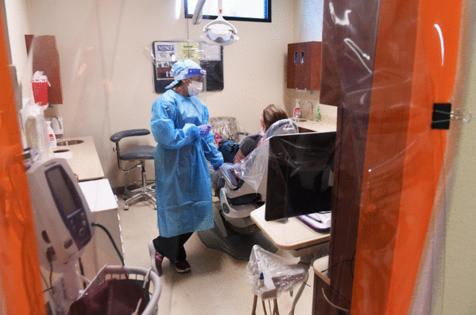 Triumphant, leaders in the California Native community journeyed to Washington to negotiate the process of opening the funding pipeline.

That was more than four decades ago.

Today, despite a 1979 federal court-ordered settlement that would have pumped millions of dollars into California for Native American health care, the state's share remains stunningly underfunded by the Indian Health Service, Native leaders say. Their claim has been corroborated by government records and, most recently, a 2019 letter to IHS co-signed by then-Sen. Kamala Harris and Sen. Dianne Feinstein, urging the agency to repair "this longstanding inequity."

The consequences for the health of the state's largely poor and low-income Native population are incalculable.

The inequitable and chronically underfunded health care services in the Golden State have driven up morbidity and mortality rates, said Mark LeBeau, chief executive officer for the California Rural Indian Health Board (CRIHB). It has cost a significant number of lives, particularly among elders.

Without native elders, future generations might not have a culture and identity.

"They transfer their indigenous knowledge, such as language, culture, and traditions to younger generations in their communities and this assists these young people in knowing who they are, where they come from, and what their responsibilities are," LeBeau said. "It is critically important to provide adequate health care to these elders."

But the consequences of underfunding have also been felt by those at the opposite end of life.

"A lack of funding to California Indian country has direct impacts on our youngest, our youth and upcoming generation," Virginia Hedrick, executive director for the California Consortium for Urban Indian Health (CCUIH), said. "We already are a community that's disproportionately impacted by poor maternal-child health outcomes."