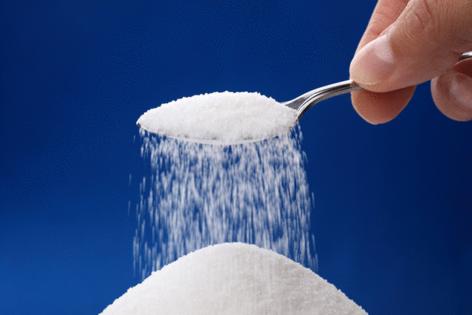 It turns out sugar isn’t always bad for you. In fact, it can be healthy — for some people in Greenland, that is.

Around 2%-3% of the territory’s population can get health benefits from consuming sugar, a study submitted to the journal Gastroenterology shows.

“They have less belly fat and might find it easier to get a six-pack. It is amazing and surprising that a genetic variation has such a profoundly beneficial effect.”

For the study, Albrechtsen collaborated with colleagues from the University of Copenhagen, the University of Southern Denmark and several research institutions and public agencies in Greenland. They analyzed 6,551 adult Greenlanders and experimented on mice.

Results showed that carriers of the genetic variation have a sucrase-isomaltase deficiency. That means they don’t absorb ordinary sugar in the bloodstream the way people typically do. Instead, the sugar goes directly inside their intestine.

“Here, gut bacteria convert the sugar into a short-chain fatty acid called acetate, which in previous studies has been shown to reduce appetite, increase metabolism and boost the immune system,” said Mette K. Andersen, first author of the study.

“That is most likely the mechanism happening here.”

Andersen is an assistant professor at the Center for Metabolism Research at the University of Copenhagen.

This mutation is due to a particular millennia-long diet.

“It is probably due to Greenlanders not having had very much sugar in their diet. For the most part, they have eaten meat and fat from fish, whales, seals and reindeer,” Albrechtsen said.

“A single crowberry may have crept in here and there, but their diet has had minimal sugar content.”

But the benefits of the mutation are limited to adults.

“Younger carriers of the variation experience negative consequences due to their different type of sugar absorption,” said Torben Hansen, a doctor and professor at the University of Copenhagen’s Foundation Center for Basic Metabolic Research.

“For them, consuming sugar causes diarrhea, abdominal pain and bloating. Our guess is that as they age, their gut bacteria gradually get used to sugar and learn how to convert it into energy.”

The team hopes to use the results as a foundation for developing new drugs that could treat obesity and heart disease.

— You can use fresh spaghetti or fettuccini instead of linguine.

Whiskey lends an intriguing flavor to this simple French pork dish. This is a hearty meal and takes about 20 minutes to make from start to finish.

— You can buy whiskey in small splits at most liquor ...Read More

While at Le Cordon Bleu, I learned about this aromatic and gently spicy chicken curry developed by the school for the Aga Kahn. It became his favorite curry dinner. This recipe was inspired by that dish. By the way, this ...Read More

This is a wonderful way to cook fish. Sealed in a package with mushrooms and tomatoes, it steams in its own juices. Quick-cooking whole wheat couscous takes only 5 minutes to make and has a nutty flavor.