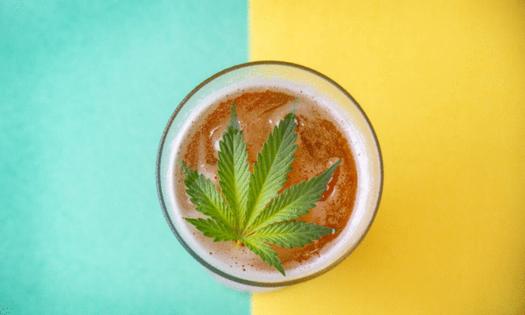 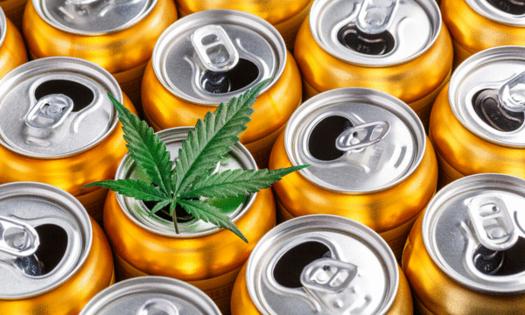 As cannabis lounges start to open and more mainstream brands launch their twist on a cannabis beverage, it’s hard to see this trend going anywhere but up.

Cannabis beverages have come a long way in a very short time. Technology and science has made it possible to emulsify THC and help these beverages hit the bloodstream quicker, getting the drinker high almost as quick as a joint, and hours faster than a gummy.

At the same time, there is even growing interest from major alcohol brands, with companies like Pabst Blue Ribbon dipping into the cannabis beverage market with their High Seltzer.

So with all these great things working in its favor, why haven’t cannabis beverages caught on in a more mainstream way as of yet?

The first reason is not so shocking — cannabis in all its forms is still illegal on a federal level. With a federal prohibition still in play, it means there is all sorts of red tape to navigate. States have different laws when it comes to edibles and cannabis beverages. You also can’t transport cannabis over state lines like you can with beer or any other canned beverage. This poses all sorts of logistical issues, and all of these hurdles add up. And according to CNBC,  “This keeps many companies from growing in a significant way, which has led to some pulling back on their efforts in the market and others giving up completely.”

There is also the convenience factor to consider, and when it comes to discretion and convenience, edibles win or beverages every time. “One reason for this is the category dominance of candy edibles, particularly gummies, which have an advantage over beverages because they offer convenience and portability, two factors that are top product choice influencers according to BDSA Consumer Insights,” BDSA’s chief commercial officer Jessica Lukas told Beverage Industry.

She then added another reason, which has less to do with consumer interest, and more to do with cost. “Another reason is that cannabis beverages present more logistical issues to distributors and retailers, as most beverage products are more costly to transport and store at retail than smaller and lighter edible form factors,” Lukas continued. Cannabis beverages are heavy and bulkier than almost any other type of weed product. This makes them more expensive to ship.

The size and volume of cannabis beverages can lead to other challenges in addition to shipping costs. There is also the struggle of finding space on the often-small retail portion of a dispensary to showcase the products to consider.

Also, each can takes up significantly more space than an entire pack of gummies. Some states don’t even allow the beverages to be showcased at dispensaries, and if they do, the odds of a dispensary giving up much of their limited real estate for this still-small portion of the market is pretty unrealistic.

While getting the cans on shelves and in the hands of new customers is definitely a challenge currently, many are optimistic that this is a temporary issue, sort of like a growing pain. “It’s so hard to get your elbow in the door, but if you have a product that has repeat purchase or loyalty, within two to three months, the retailer gets it,” Luke Anderson, co-founder of cannabis drink brand CANN, told Bloomberg.

After all, while cannabis beverages have had a slow start, the market has big goals, and even bigger backers.

As cannabis lounges start to open and more mainstream brands launch their twist on a cannabis beverage, it’s hard to see this trend going anywhere but up. “There have been multiple false starts for anointing beverages the next big thing,”  Travis Tharp, CEO of Keep Brands, told CNBC. “But I think we’ve gotten to a point where we are showing that the year over year growth is something that is substantial.”