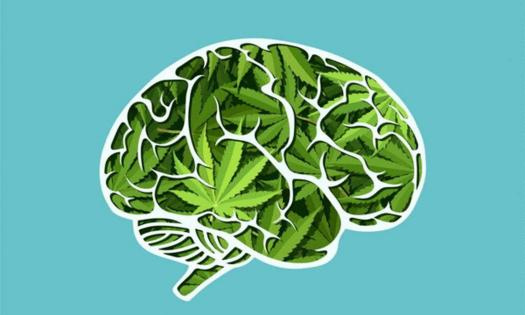 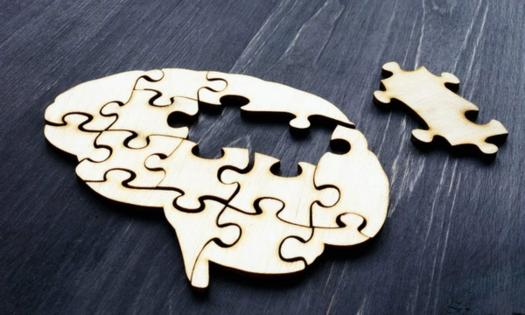 It turns out that one of the ways your brain cells can remain sharp over time is with a steady dose of CBD. Some days back, the brilliant scientists at Salk revealed this fantastic discovery. They said that CBN, a minor and relatively unknown cannabinoid, has the potential to protect brain cells from the adverse impact of aging.

Research on medical cannabis has been going on for many decades. For the most of this duration, scientists have focused more on the therapeutic properties of major cannabinoid compounds (i.e. THC and CBD). Minor cannabinoids like cannabinol (CBN), cannabidiolic acid (CBDA), cannabigerolic acid (CBGA), acid (CBNA), cannabidivarin (CBDV), tetrahydrocannabivarin (THCV), cannabigerol (CBG), and acid (THCA) have been given less attention. We’ve begun to observe an influx of research into these minor compounds.

Scientists say that these minor cannabinoids have more to offer medically. New researchers are investigating how these compounds are broken down and their interactions with the endocannabinoid system, emphasizing their effects on the brain. Cannabinol and the Human Brain Cannabinol has a similar molecular structure to THC, the major difference being that it is not psychoactive. The non-psychoactive property of the compound has caused it to be less regulated by federal agencies. The Salk researchers were pleased to announce their latest influential studies, which have established that cannabinol (CBN) positively impacts the brain. In the last decade, scientists around the world have tried to investigate the medical potential of CBN. However, the federal prohibition of the cannabis plant has limited these studies.

The primary pathway to the death of cells is through oxidative injuries. This is usually followed by neurologic disorders in aged people. This new study describes how cannabinol can shield brain cells, also called nerve cells, from the damaging effects of this pathway. The findings of this trial have been published in the online Free Radical Biology and Medicine journal. The detailed report implies that cannabinol could be an effective drug to treat or manage age-induced neurodegenerative diseases like Alzheimer’s. Scientists suggest that CBN has a high potential for protecting nerve cells as a person ages. Salk Study Research Professor Pamela Maher, senior author and head of Salk’s Cellular Neurobiology Laboratory, said her team had discovered the anti-neurodegenerative effects of cannabinol. She mentioned that her team studied how the cannabinoid shields nerve cells from oxidative stress and death, which are major contributors to the onset of dementia and Alzheimer’s diseases.

According to Neuroscience News, Maher and her team of brilliant researchers believe this discovery would lead to the development of new drugs and treatment plans to treat various neurodegenerative diseases, particularly Alzheimer’s and Parkinson’s. Maher’s lab had studied the use of cannabinol in the past, and this recent investigation was done to build on the first discoveries. In the preliminary research, the team found out about the protective properties of CBN on the brain and how CBN could be used to derive drugs for neurological diseases.

This recent study focused more on how CBN functions in the body. During this study, Salk scientists took into account the oxytosis and ferroptosis processes, a major contributing factor to aging and diseased brain cells. The oxytosis, or ferroptosis process occurs in aging brains. The mechanism is induced by the gradual loss of glutathione, an antioxidant, as a person ages. It results in prominent damage or death to neural cells through lip oxidation. The trial began by administering CBN to nerve cells to observe how they limit oxidative action. The scientists then proceeded to propose a different mechanism to induce oxidative damage. Study Observations   Following testing healthy and damaged brain cells with cannabinol, the following observations were made. The report stated that the administered cannabinol protected the nerve cells. They also observed that the mitochondria, a cell’s powerhouse, were protected from oxidative damage.

The mitochondria in healthy cells were compared with those in damaged cells. Maher and her team found that the mitochondria in the damaged cell appeared to be folded up in a round shape to shield it from more damage. These scrunched-up powerhouses are frequently noticed within the brain cells of Alzheimer’s and Parkinson’s patients.

On the other hand, the healthy cells appropriately housed functioning mitochondria. The powerhouse in these cells remained in its regular, non-folded form.

Maher wrote that her team successfully showed that cannabinol could contribute to maintaining mitochondria in nerve cells. She added that the protective effects of CBN urged the proper functioning of the powerhouse. More Information Zhinin Liang, co-author and postdoctoral fellow, says that smoke evidence shows that cannabinol is safe for human and animal consumption. This can be linked to the absence of psychotropic effects after CBN is consumed. The researcher said that CBN works on specific cells in the body while delivering therapeutic effects.

Maher also noted that her team’s findings reveal implications for other neurodegenerative diseases connected to glutathione loss. The dysfunction of a nerve cell’s powerhouse results in further damage to nearby tissues. The potential of CBN to heal and maintain functions in a powerhouse suggests that it could also be used to treat other parts of the body besides the brain. This opens the floor for further research beyond the context of neurodegenerative conditions. The next agenda item for the team is to reproduce the above study in a preclinical mouse model.

Other researchers that contributed to the success of this study include Brendan Duggan from the University of California, Antonio Currais, David Schubert, Devin Kepchiaz, and David Soriano-Castell Salk. The Paul F. Glenn Center for Biology of Aging Research at Salk, the Shikey Foundation, the University of California, The Bundy Foundation, and the National Health Institute provided funding. Bottom Line Salk’s CBN research points out the need for more investigations into lesser-studied cannabinoids. Most of these minor cannabinoids have shown little therapeutic potential in the limited levels of research done.

Some of the therapeutic benefits possessed by CBN, as suggested by anecdotal evidence, include pain relief, stress relief, and anti-inflammatory effects. This buttresses Maher’s point that further comprehensive research must be done.