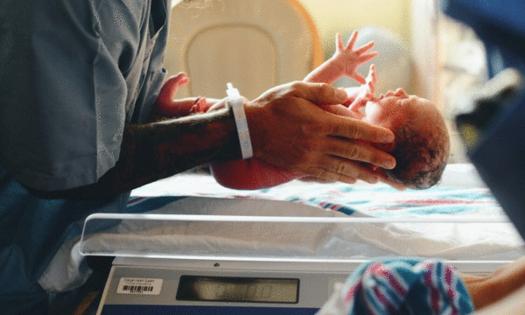 Since 2019, at least 26 women in Oklahoma were charged with child neglect felonies for consuming cannabis while pregnant, according to The Frontier. The punishment for this crime can be life in prison, though the previous offenders who pleaded guilty were given probation.

Of those 26 women, at least eight were medical marijuana license holders, meaning they were allowed to legally buy and use cannabis, having a doctor’s recommendation. Nevertheless, the problem boils down to whether medical marijuana can be treated as an “illegal drug,” because if it can, the law is clear pregnant women can be charged with child neglect for consuming illegal drugs while pregnant. Women in Oklahoma have been prosecuted even after giving birth to healthy babies.

That’s right, those who have a license from the Oklahoma Medical Marijuana Authority are allowed to buy and consume marijuana and there are no rules prohibiting pregnant women from using cannabis or have a license. According to state law, physicians are not obligated to determine if patients are pregnant or are planning a pregnancy soon before they provide them with a medical marijuana license.

On the other hand, medical marijuana products in the state have warnings against use during pregnancy, similar to those on cigarette packs.

Most medical professionals agree on advising against using marijuana, cigarettes, alcohol and other drugs during pregnancy.

Brian Hermanson, one of the two prosecutors in Oklahoma who has brought charges against those pregnant women, believes this is a felony. “If they make bad decisions about using drugs while they’re pregnant, they’re probably going to make other bad decisions when raising the child,” he said last November.

Ryan Kiesel, a civil rights attorney, and former Oklahoma lawmaker, on the other hand, thinks that these prosecutions are “inconsistent with state law.”