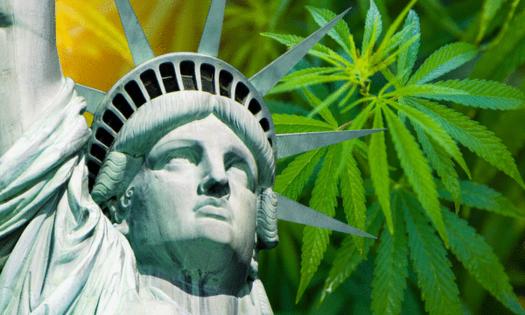 Marijuana regulators in New York announced Thursday that they would accept dispensary applications starting August 25. These applications will be reserved for people and families that have been directly impacted by the war on drugs.

The announcement was made through the NYS Office of Cannabis Management’s social media platforms. Did you hear? Cannabis in NY is here and in just 2 weeks, you will have the chance to apply for your own cannabis adult-use retail dispensary license, CAURD.

Learn about our higher standards for equity and get helpful resources to apply at https://t.co/865xuy7Uuz. pic.twitter.com/lGIzjaKf4H

The office clarifies what it means to have been impacted by the war on drugs, claiming that applicants must be “justice-involved,” meaning anyone that has been arrested or convicted for a marijuana offense. This initiative is called the Seeding Opportunity Initiative, with New York being the first state to implement it.

“We’re writing a new playbook for what an equitable launch of a cannabis industry looks like, and hope future states follow our lead,” said Cannabis Control Board (CCB) Chair Tremaine Wright in a press release.

The application portal will remain open until September 26th, a short period of time, with authorities suggesting that interested parties start compiling their documents as soon as possible. People involved with the design of the portal and the new rulings in place claim the application process is designed to be as smooth and straightforward as possible, requiring no outside help.

New York is currently in a confusing moment when it comes to cannabis. While the drug is legal to consume, carry and gift for anyone over the age of 21, the sale of it remains illegal. All through the year, dozens of cannabis shops have appeared and the marijuana market has boomed, leaving many who wish to be involved in the business confused and like they’ve already missed their opening. To mitigate this, the government has sent out dozens of cease and desist letters.

“Sale of untested products put lives at risk,” said Wright when addressing these sales. “I implore these illegal store operators, and any other stores pretending to be legal operations, to stop selling cannabis products immediately.”

The businesses that received these notices were issued a warning, with no threats of arrests or any police involvement.