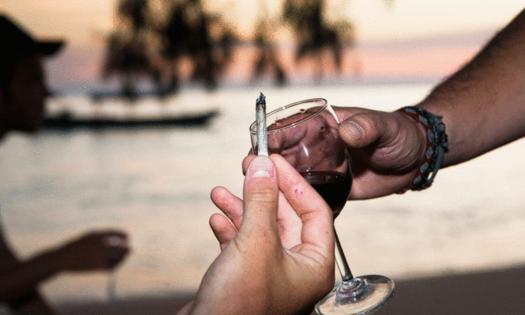 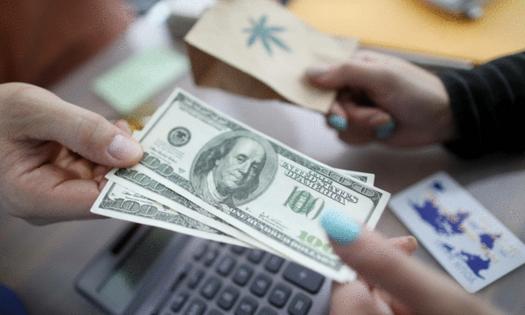 Both industries have their own set of inflation problems, and their own ways of coping. What does this mean for the consumer?

If there are two things Americans can’t escape right now, it’s rising prices and the discussion of rising prices. There is no denying that inflation is dangerously high, with the most recent inflation rate at about 9.1% according to Bloomberg. Still, not all areas of the economy are being affected in the same way. Take marijuana and alcohol, for example.

While the marijuana and alcohol industries have both been hit by rising costs and supply shortages, their prices are not growing at the same rate as many other consumer goods. In fact, marijuana prices are down. But as you look closer at these two industries you can see that just because their prices haven’t immediately skyrocketed does not mean there is no internal struggle. Both industries have their own set of inflation problems, and their own ways of coping.

One major difference between alcohol and marijuana is how it can be purchased and consumed. Marijuana is only legal in certain states, and must be purchased through a licensed recreational or medical dispensary. Alcohol, on the other hand, can be purchased and consumed in a myriad of ways. You can purchase it from the source (a vineyard or distillery), at a wholesale club, retail store, and at a bar or restaurant. All of these different methods of purchase have a different experience, and also a different price.

This wide variety of purchase methods makes alcohol affordable to pretty much all Americans, but rising costs has resulted in a decrease in some of the more expensive ways in which it is normally consumed. According to a poll by Morning Consult, “More than 8 in 10 respondents who say they’ve made adjustments are eating out at restaurants less often. Roughly three-quarters are going to bars less often.” This means that while the alcohol manufacturer may still be able to sell the same amount of product, certain aspects of the industry are suffering.

Many who might have had a few beers at a bar may be more likely to buy a 6-pack on sale at the store instead. This makes any price increases less obvious, since the consumer is likely left feeling like they have saved money when buying beer at a store rather than a bar, even if the price of their beer or wine they purchased has still gone up in price.

Even if alcohol sales have not plummeted as of yet, the cost of doing business is starting to trouble even the most successful alcohol manufacturers. This is not just an American issue either. Take the wildly popular international beer brand Heineken as an example. The brewer’s chief executive, Dolf van den Brink told The Financial Times that, “Across the board we are faced with crazy increases. There’s no model that can handle this kind of inflation.” They are not alone, with overall beer prices already up 4.3% throughout Europe, according to The Guardian.

Marijuana manufacturers, on the other hand, are having a different price problem. Marijuana must be purchased from a licensed dispensary, but increased competition in the legal market and illegal black market competition has made it difficult for companies to raise prices. As we have previously reported, “The cost of cannabis has been declining in many major markets for months, with consumers seeing prices per milligram trending down for most of the year.” As so many other prices rise and rise, the price of weed is getting more affordable.

This might seem like great news for the consumer, and for now it is, but eventually marijuana cultivators will have to pass the rising costs of business on to the consumer somehow. Since increasing prices is currently seen as too risky in the current marijuana market, many large companies have scaled back operations and even laid off parts of their workforce. This also means less variety of product at many stores. So while marijuana may appear to not be affected by inflation when you look at its shrinking prices, if you look deeper you will see the business at its core is struggling to grow.

Marijuana is still a new business, and it is enduring another test from the financial powers that be. Alcohol, on the other hand, has been through prohibitions, recessions and depressions before. This does not mean it does not struggle as much as other industries. It does mean it has a few tricks it has learned along the way, which in addition to being legal on a federal level, gives it a bit more wiggle room to set prices and grow in these times.

Regardless, both industries are reporting profits, maybe just not as much as expected. Perhaps more importantly, both alcohol and marijuana remain affordable for the consumer. That does not mean that one day one or both of these industries might have to raise prices in order to ensure they stay afloat and profitable.