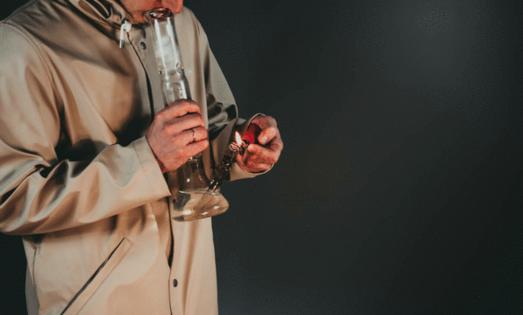 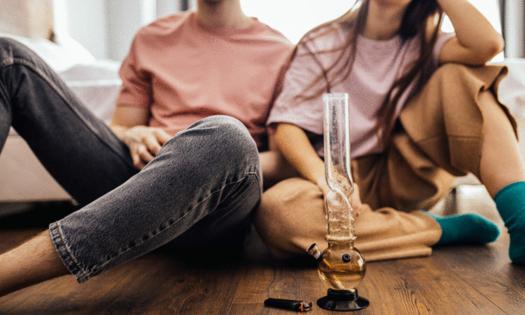 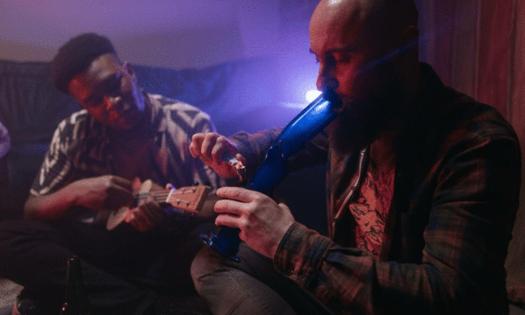 Bongs are a legendary way to get high. In fact, bongs are an iconic marijuana paraphernalia that has been around for decades. They come in a huge array of shapes and sizes, made out of simple plastic tubes to more elaborate glass bongs. However, in essence, they all feature a cylindrical structure with a wider base which is designed to hold water.

But you may have seen some newer bong models with little ice catchers placed above the beaker, while others make do with a regular bong and put ice in it. What’s the ice for? Benefits Of Putting Ice In Your Bong Newbies or cannabis connoisseurs alike can benefit from adding ice to a bong. It’s a simple and literally free way that you can elevate your bong experience. There are many benefits to adding ice: Ice cools your throat: Even though bongs have a cult following, there’s no denying that it can sometimes give scratchy, harsh smokes. Oftentimes, you can be left coughing much harder than you prefer after taking a solid bong hit. That’s where the ice comes in. It significantly lowers the temperature of each inhale, resulting in a cooler, smoother hit every time. Ice reduces the temperature of the smoke: When smoking a bong with ice cubes, the smoke passes through the water in the chamber. This water cools down a few degree before it touches the ice, after which the smoke is cooled down even more.Ice filters the smoke: This is primarily why many bongs are designed with ice catchers; your enjoyment is second. The ice is such an effective filtration system for the smoke, which it can’t do itself.Ice enhances or increases flavor of your bud: The smoke you inhale from a bong with ice isn’t just filtered, but it also has a better flavor. This amplifies the taste, terpenes, and flavonoids from your stash though you can also add in your own flavors such as through the use of flavored water, fruits, and even flavored ice.Ice enables you to take bigger rips: Bongs are renowned for the large rips you get to take. You only need one solid puff and you’ll be high for hours. Add ice – and you get to take even bigger hits because it’s so much cooler and smoother on your throat.Ice acts as a splash guard: Nobody likes water splashing back from the bong. This is enough to put off many people from smoking one in the first place. But adding ice acts as a splash guard already – for as long as it’s placed above the water chamber.How Ice Catchers Work Bongs that have a built-in ice chamber provide a catch for the ice. Once you add it, the smoke from the bong travels through it and will hit the ice. This is where it gets to act as a filter; from here it will also reduce the smoke temperature so that it’s at a much more comfortable level for smoking.

Remember to remove the ice cubes once you are done with your bong session. This will eliminate the chances of ice melting into the water chamber. What If My Bong Doesn’t Have An Ice Catch? There’s no need to spend money to enjoy these benefits if you already have a bong, even if it doesn’t have an ice catch.

Simply add some ice cubes in through the neck then allow them to sit on top of the water; this is just as useful and effective as using an ice catch. Just remember to give yourself some time before you decide to inhale. Another way you can use ice is to just add the cubes in the bottom of the chamber though ice catchers are necessary for this.

Never ever put ice cubes in the bong neck. This is dangerous because ice shards and frost can travel directly into your respiratory system and cause irritations. This is why, unless you have an ice catcher, always place the ice cubes through the neck and into the water, where it will reduce the temperature. Which Bongs are Ideal for Ice? Generally speaking, one could place ice on just about any kind of water pipe.

But it should be said that some bongs are better suited for ice than others. Of course, it would be recommended to go with a bong that already has an ice catcher but this isn’t completely necessary. If you want to try the benefits of adding ice to your bong, glass bongs are highly recommended. It will enable you to see the smoke as it swirls through and it also enhances the flavor of your smoke.

Tube and beaker shaped bongs are the most logical for those who want to add ice to their bong. But depending on the size of its chamber, you may need smaller ice cubes. You may also notice that varying sizes of ice will have an effect on the cooling temperatures and harshness of your hit, so you can also do some experimentation. Safety Considerations The practice of putting ice in one’s bong has been around a while. It’s generally safe and well-tolerated.

However, if you have respiratory conditions or are prone to asthmatic attacks, using bongs (even with ice) is not recommended. The intense smoke can irritate your respiratory system so you are better off not smoking and instead opting for other methods of consumption that are gentler on your throat and chest. These include edibles, oils, and beverages.

Other than that, ripping a bong in much cooler temperatures thanks to the ice makes bongs so much healthier and safer for everyone else.