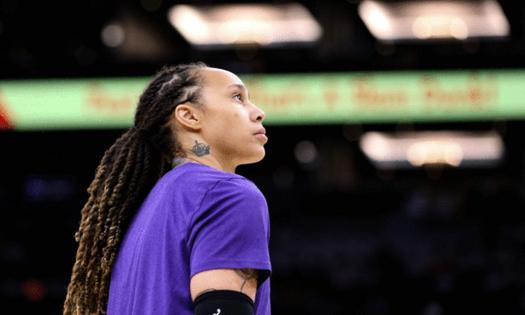 Joe Rogan has joined the chorus regarding Brittney Griner’s imprisonment over cannabis, in his inimitable fashion.

“F**k, it’s horrible. It’s for nothing. It’s like she’s the clearest form of political prisoner,” he said on one of his recent shows, The Joe Rogan Experience. “I’m not a very political person, in that sense. I’d like to see them resolve this, but I think it’s just one part of a bigger problem.”

Don’t we know it, Joe? Thousands of cannabis prisoners are still serving time behind bars for merely possessing a plant that is legal in some form in over half of the United States.

“She might do 10 years in jail over there… She has already been over there for months. But here is what is important… People are freaking about this right? Russia needs to let her go. We’ve people in America right now, locked up for marijuana, and they’ve been locked up for f**king years. For years and years and years. And there’s not one. There’s thousands of them,” Rogan said.

The American Civil Liberties Union has updated stats and demographics regarding who is getting busted these days and who’s getting a pass.

“Of the 8.2 million marijuana arrests between 2001 and 2010, 88% were for simply having marijuana. Nationwide, the arrest data revealed one consistent trend: significant racial bias. Despite roughly equal usage rates, Blacks are 3.73 times more likely than whites to be arrested for marijuana,” according to a recent ACLU report.

“Imagine sitting in a cell for years, decades, or even for life, convicted of an activity that is no longer a crime, while thousands of other people build intergenerational wealth doing exactly the same thing,” writes the Last Prisoner Project (LPP), which is on a global mission to leave no cannabis prisoner behind.

Joe Rogan agrees: “Something to consider when we’re talking about Russia’s horrific imprisonment of Brittney Griner: there are tens of thousands of people in prison in America for cannabis right now. No one should be in jail for weed.”