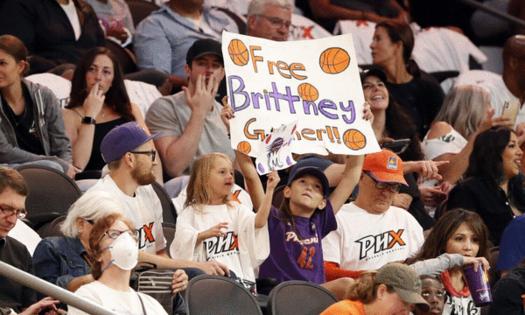 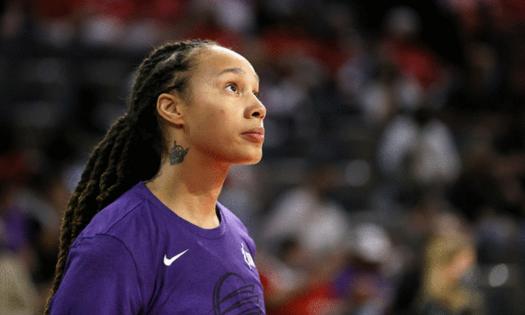 “It has the fullest attention of the president and every senior member of his national security and diplomatic team. And, we are actively working to find a resolution to this case and will continue to do so without rest until we get Brittney safely home,” Sullivan told reporters on Air Force One as Biden is traveling to Spain for a NATO meeting.

On Monday, Griner’s detention was extended for six months pending the outcome of a trial, which is scheduled to start this Friday, July 1.

Sullivan reiterated to reporters that Griner was “wrongfully” and “unjustly” detained and that the White House is working for her release but would not go into details, according to The Hill.

Griner’s appearance in a Russian court Monday was the first time the two-time Olympic gold medal winner has been seen publicly, with the exception of her booking photo. Arrested on Feb. 17 at a Moscow airport for allegedly having cannabis oil in her suitcase, Griner faces up to 10 years in prison if convicted. Last week a Putin spokesperson said Griner was not a hostage but had broken Russian law. Is A Deal In The Works? Numerous organizations and individuals have called on Biden to broker a deal with Russia for Griner’s release like the one that brought home US Marine Trevor Reed in exchange for a Russian pilot convicted of drug trafficking conspiracy.

Some believe that Moscow is using Griner to gain leverage for that very reason.

“This may sound counterintuitive, but the trial is a crucial part of the process. The Russians have to keep pretending that this is a legitimate arrest. There is no reason to believe that the charges are legitimate or that her trial will be fair. But if and when she’s convicted, the Russians will have made clear their credible alternative to a deal to bring her home,” Dr. Danielle Gilbert, assistant professor of military and strategic studies at the US Air Force Academy, told ESPN.

“We have more and more state senators coming on to the major bill, and now more Republicans stepping up looking to help us perhaps land to compromise,” said Booker.

By Nina Zdinjak Weeks after the long-awaited ...Read More

If you already enjoy consuming CBD or THC in reasonable amounts, and prefer actually ingesting it to vaping or smoking, then cannabis beverages could be for you.