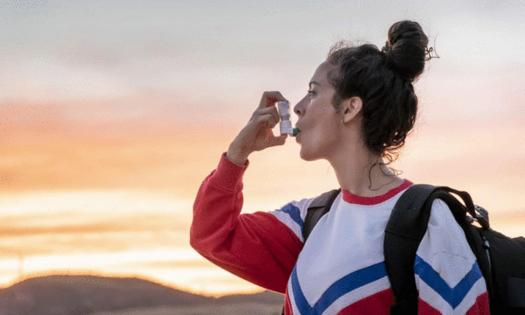 Although some patients reported mild side effects at the beginning of the study, the use of the inhaler over a period of several months was associated with reduced pain scores and improvements in patients’ quality of life.

A study conducted by Israeli researchers in Haifa showed the short-term effectiveness and safety of micro doses of medical cannabis administered via a metered-dose inhaler (the Syqe Inhaler) in chronic pain patients, according to data published in the journal Pain Reports.

“The administration of aerosolized cannabis through an inhaler may reduce long-term pain in patients with neuropathy and other chronic conditions,” researchers said. The daily stable dose investigators used for their patients was 1.5 mg of aerosolized delta-9-THC.

Although some patients reported mild side effects (such as dizziness and sleepiness) at the beginning of the study, the use of the inhaler over a period of several months was associated with reduced pain scores and improvements in patients’ quality of life.

“Medical cannabis treatment with the Syqe Inhaler demonstrated overall long-term pain reduction[s], quality of life improvement[s], and opioid-sparing effect[s] in a cohort of patients with chronic pain, using just a fraction of the amount of MC [medical cannabis] compared with other modes of delivery by inhalation. These outcomes were accompanied by a lower rate of AEs [adverse events] and almost no AE reports during a long-term steady-state follow-up. Additional follow-up in a larger population is warranted to corroborate our findings,” the study reads.

In addition, another recent study found that some orally ingested cannabis products can provide short-term relief from chronic pain. The study notes that  high ratios of tetrahydrocannabinol (THC) to cannabidiol (CBD) also may reduce significant pain in patients.

A study recently published in the Annals of Internal Medicine demonstrated that medical cannabis program enrollment jumped over four times between 2016 and 2020, reaching nearly three million patients in 2020.

A report claims the FDA denied approval of Juul products, suggesting that these will soon be taken off the market.

The FDA is taking Juul e-cigarettes off the market. The news was published by The Wall Street Journal, ...Read More

Compensation for workers injured on the job is being approached from various angles, though it faces an ongoing setback: cannabis remains a Schedule I substance under the Controlled Substances Act (...Read More

“I feel very confident that Republicans will have a supermajority next year. When I say next year, I mean six months from now. We can deal with this then,” said House Speaker Tim Moore.

Over the recent holiday weekend, the Texas Republican Party approved a platform plank against marijuana legalization, among several other newly adopted measures.

During the day, our one-year-old Pomeranian is restricted to the entire main floor (using baby gates). She has access to the backyard through a pet door. Whether we are home or not, she goes outside as ...Read More