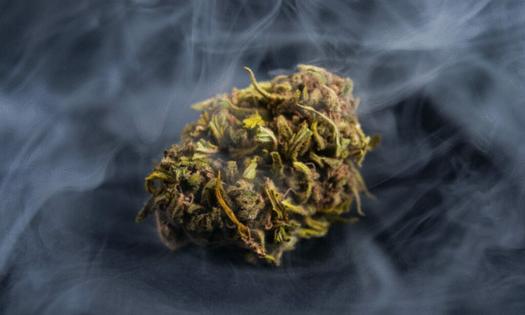 A group of researchers teamed up with farmers in Thailand to see what would happen if chickens consumed surplus cannabis.

Now that medical marijuana is legal in Thailand, farm owners are running into a new problem. What do they do with the surplus of cannabis leaves?

As first reported by The Nation Thailand, a farming community near the northern Thai city of Lampang teamed up with scientists from Chiang Mai University’s Faculty of Agriculture to see if chickens would benefit from excess cannabis leaves. The results were promising and could lead to farmers reducing their dependence on antibiotics when raising chickens.

Per the The Nation Thailand, the farmers, who just happened to be licensed to grow medical cannabis, put their chickens on this weed diet after their flock was ravaged by avian bronchitis despite all of the birds being injected with antibiotics. Would surplus cannabis be the fix they needed?

Researchers explained that chickens were fed cannabis in different forms, mixing it in with their feed or boiling the leaves and giving them the resulting cannabinoid water. All forms of cannabis that were fed to chickens had a low grade of THC, ensuring that they wouldn’t feel high or have an adverse reaction.

The results have yet to be published, but researchers have spotted some positive signs that suggest a way of raising chickens while decreasing their exposure to antibiotics. The chicken that ate cannabis experienced less avian bronchitis and had better meat quality. Unlike when using antibiotics, the meat and eggs that the chicken produced had no traces of cannabinoids in them, thus proving more healthy for human consumers.

It’s not clear why these benefits appeared. Researchers agree that more studies are needed and they theorize that perhaps cannabis boosted the chickens’ gut microbiome, improving their overall health.

The country remains stern in its recreational cannabis policies though, warning tourists and having fines of up to $800 and three months in prison if people are caught smoking or consuming cannabis with an intent that’s not medicinal.