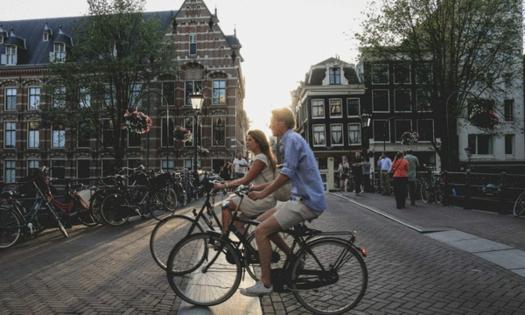 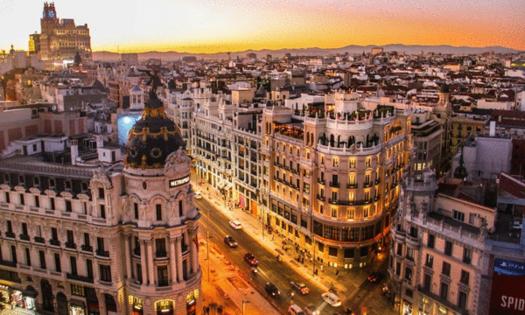 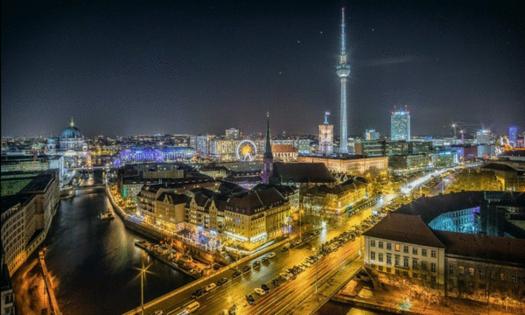 Finally, borders have opened up around the world and summer is fast approaching. For many of us, returning to those lovely European summers is a dream come true. Whether you’re going to the beaches, mountains, or the cities, the charm of Europe at this time of year is undeniable.

Even better, more destinations in the continent have changed their approach to cannabis, making it even easier to get your fix of either THC or CBD products in many destinations. You’re no longer confined to just Amsterdam if you want to get high in Europe, though it’s still a must-visit for cannabis lovers if you’ve never been. Here’s where you can get weed while traveling to Europe this summer. Freetown Christiana, Denmark Freetown Christiana is a bohemian hotspot in Scandinavian Europe where cannabis growing is completely legal — even if it’s illegal in the rest of the country. Head over to Pusher Street, which is the name of the Green Light District as its called, and you’ll find lots of cannabis being openly sold on the street.

Additionally, Christiana is well-known for its laid-back lifestyle, charming attractions, and strong environmental activism. Despite that, it still attracts many tourists from around the world who come to Denmark seeking cannabis in all forms. In Pusher Street, you can purchase cannabis in resin blocks, joints, and so much more. The government has turned a blind eye to it for many years, and the locals tolerate it. Lisbon, Portugal Cannabis use has long been decriminalized in Portugal, and the police officers have no interest in catching people for marijuana offenses. Just be sure to behave in public and don’t give the authorities reason to catch you.

While in Lisbon, head over downtown near the touristy area by the Baixa or Praca Martim Moniz. However, the cannabis you will most likely come across here is in hash form, very rarely in flower. In Portugal, tourists have to keep in mind that you can only legally buy cannabis in small quantities; if in the rare event you are caught with large amounts on your person, this can land you in serious legal trouble. Barcelona, Spain Paella, wine, and tapas aren’t the only reasons many tourists come to Barcelona. Sure, the lovely city, culture, and nearby beaches are incredible but what better way to enjoy it than by being high?

Barcelona is quickly getting the reputation of becoming one of Europe’s most cannabis-friendly cities. Cannabis social clubs and lounges are now sprouting like weed around the city, and you can surely get more quality, top-shelf bud here compared to neighboring Portugal. There is a current loophole in the law that allows cannabis clubs to exist legally. However, smoking and possession is still legal provided you do this at home or within a social cannabis club if you’re able to obtain membership.

Don’t smoke in public and don’t get caught buying weed from street dealers; if you do get weed, the cops can still search you so do try to keep it in your underwear, according to insiders.

If you happen to visit during March, make time to attend Spannabis, an annual cannabis event that takes place here. Prague, Czech Republic While possession and smoking cannabis are still illegal in the Czech Republic, there is a clear cannabis legalization movement going on in Prague. However, possession of under 4 grams is generally acceptable though you still want to avoid getting caught by the cops, so be sure to consume in private. Generally, the authorities are lax about it as long as you don’t smoke in public.

You will come across lots of illegal cannabis vendors in the street, but be wary: many of them have been known to defraud travelers. The best places to find weed are in the pubs and clubs during the evenings, though you’ll need to try and make some friends in order to access it. Berlin, Germany Upon arriving in Berlin, it’s not uncommon to smell the distinct aroma of cannabis floating throughout the city. Only medical cannabis has been legal in Germany since 2017 though they have quickly become the biggest MMJ market in the entire continent while recreational cannabis is still illegal.

Having said that, cannabis is tolerated in Berlin. You can always find locals smoking it in public, and the cops tend to leave you alone if you do. Marijuana under 11 grams is considered a tiny amount, and in the rare event you do get caught, the cops will likely let you go with nothing more than a receipt. If you are caught with more than 11 grams on you, the story will be different, and not the way you want your European holiday to go.

The best way to score weed in Berlin is through personal contacts, though it’s also become common to find dealers on the Telegram app. Some Telegram groups can be found as well. You’ll also find people selling weed in public parks, though this isn’t recommended as it’s usually laced with chemicals and you don’t know what you are consuming. Conclusion These are just some of the many cities in Europe where it’s fairly easy for tourists to get cannabis. But before you do, always do your research.

The safest way is if you have a local friend who can get a hook up for you, rather than going out and doing it yourself. Before you leave, do your research because legislations can always change at the blink of an eye.