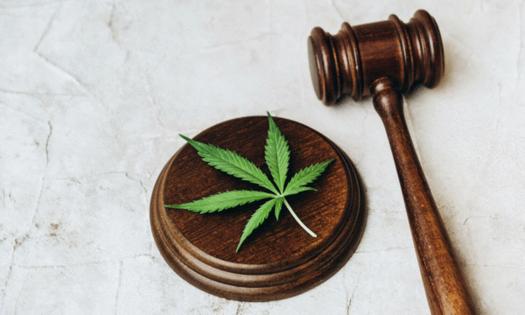 Delaware Governor John Carney (D) vetoed a bill to legalize marijuana that the legislature had passed and sent to his desk earlier this month, which sets up a historic showdown with the General Assembly, reported DelawareOnline.

For years, Carney has not wavered in his position against marijuana legalization though he showed sympathy for the needs of those who benefitted from medical marijuana. He said in a statement that he does not “believe that promoting or expanding the use of recreational marijuana is in the best interests of the state of Delaware, especially our young people.”

Carney said he supported the use of medical marijuana as well as the decriminalization of marijuana. However, he cited his decision to veto due to questions surrounding the “long-term health and economic impacts” of marijuana and “serious law enforcement concerns.”

“Questions about the long-term health and economic impacts of recreational marijuana use, as well as serious law enforcement concerns, remain unresolved,” Governor Carney said. “I respect the Legislative Branch’s role in this process, and I understand that some hold a different view on this issue. However, I have been clear about my position since before I took office, and I have articulated my concerns many times.”

The legislature could still override the governor’s veto, which is sponsored by Rep. Ed Osienski (D), as it’s already received more than three-fifths of the vote in both chambers that would be required to overrule Carney’s decision. Major Break With His Party According to DelawareOnline, this is likely the most controversial veto of Carney’s tenure as governor and is being seen as a major break from those in the state and national Democratic Party. Carney said in a statement that he understands “that some hold a different view on this issue.”