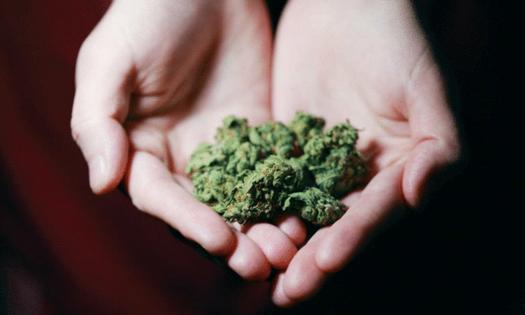 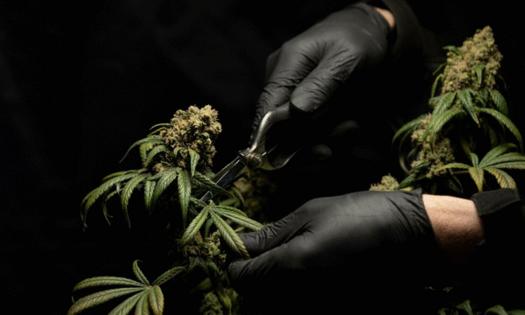 The era of triploid cannabis is here and it can easily be the solution cannabis growers sought in the 1970s. But what does triploid mean?

The world of cannabis cultivation might be in for a new paradigm shift in the form of seedless cannabis. The huge potential of triploid cannabis has gotten many in the cannabis industry hoping and rejoicing.

Though there is still much to know and understand about the application of triploid cannabis, early signs are already good. Here, we explore all there is to know about triploid cannabis which might just be the future of seedless cannabis. Triploid Cannabis Many might be confused as to what the term “triploid” means and how it applies to cannabis. Surprisingly enough, the term triploid is quite common in the world of agriculture. Watermelons that are seedless for example are regarded as triploid watermelons. The same goes for a host of other crops like citrus, grapes, and banana. This helps us to understand that the common factor of triploid plants is that they are seedless. However, how does this apply to cannabis plants?

To fully understand the concept of triploid cannabis, we will have to go back to the basics of science a bit. We know that chromosomes carry genetic information in the form of genes. Humans possess 23 pairs of these chromosomes which make humans diploid. Cannabis plants on the other hand are diploid as well with only 10 chromosomes. Research has, however, shown that cannabis like most plants can be tetraploid (4 copies) or octoploid (8 copies) and more.

Triploid expression of plant chromosomes is a very rare variation that can occur naturally in plants. Scientists have since developed how to get this triploid expression by crossing a tetraploid with a diploid. Cannabis Sinsemilla and the Pollen Problem Cannabis sinsemilla in Spanish means “without seeds” which is achieved by separating female plants from male species which produce pollen. This special strain was introduced in the 1970s as a breakthrough in the quest for seedless cannabis. Growers discovered that a single male plant can easily pollinate every female cannabis plant in a growing area thereby reducing yield. This is because an unpollinated female cannabis plant has more terpenes and cannabinoids compared to its pollinated counterpart.

Consumers in the cannabis industry place a high value on seedless cannabis flowers making them the gold standard. However, there is more to triploid cannabis than just seedless cannabis flower. This is because they have a significant advantage over pollen. Clones produced from the female plant are the commonest propagation method of cannabis plants presently. Along with feminized seeds, clones are readily used by many cultivators however they still possess the problem of unwanted pollen.

Herming is a colloquial term used to characterize a female cannabis plant producing male flowers. These flowers can in turn form and produce pollen which can pollinate every female plant around. The interpretation of this is that growers have to scout for male plants and also examine female plants for male flowers. Cross-pollination is also a major problem as more cannabis farmlands are rising. Pollen from hemp and cannabis can travel as far as five miles when carried by the wind. This means that many run the risk of losing their entire yield even without male plants in sight. Triploid Cannabis: The Solution to the Pollen Problem and More Triploid cannabis unlike cannabis sinsemilla is both seedless and insensitive to pollen. The meaning of this is that they do not set seeds even if they have been pollinated. This means that there is no risk of a male hemp or cannabis plant running the yield of such cannabis plants. This means that by solving the problem of pollen, triploid cannabis will remove problems of crop loss. With lesser chances of crop losses, there is more room for increasing the scope and scale of cultivation. There is also an opportunity to reduce labor costs.

Beyond just eliminating the pollen problem, triploid cannabis also has the benefit of being dubbed designer plants. This is because it is possible to selectively breed the plants in order to choose which characteristics to enhance.

Triploid cannabis possesses three copies of each chromosome with two being donated from parent cultivars and an extra copy. It is therefore possible to carefully select the parents to supply these chromosomes based on desired traits. And there are  multiple opportunities for breeding when it comes to triploid cannabis. The product of this growing process as expected are cannabis plants with unique genetics. The Future of Large Scale Cannabis Production Dark Heart Industries is one of the leading cannabis genetics companies in California and they have blessed the world with its first seedless triploid cannabis. The triploid cannabis seeds produced by the company have been tested to be unable to produce seeds even when exposed to pollen. Dan Grace, the CEO of the company believes this innovation is trailblazing and will be instrumental to promote large-scale cannabis production.

In 2021 the total US cannabis market was worth over $100 billion. Surprisingly, despite the number of legal markets across the country, the legal market accounts only for 25% of this total. This is because the cost to produce legal cannabis is quite overwhelming though its dividends are there to see. Triploid cannabis can help to turn this tide by reducing the amount being spent on production. This will help small-scale cultivators maximize their produce and get up there to compete with black markets. Bottom Line Cannabis cultivation, like other aspects of the industry, is experiencing the input of innovation and technology. Gone are the days when farmers were at the mercy of natural concepts such as pollination.

The era of triploid cannabis is here and it can easily be the solution cannabis growers sought in the 1970s. What is left now is to perfect the craft and have many cultivators introduce triploid cannabis to their growing process. This will surely leave the growers smiling all the way to the bank and the users getting all they ever desired from their cannabis plants.