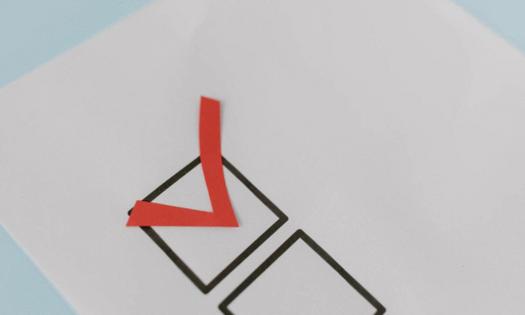 The growing public support of marijuana is certainly starting to shape the way politicians approach the issue on the campaign trail.

The 2022 midterm elections are rapidly approaching and there is a lot on the line this November. Democrats may have come into 2021 with a majority, but the last year and a half has included a series of unfortunate events for the party and weak approval ratings of the President. This has left the republican party confident and optimistic going into the election cycle.

There are a lot of important issues at play in this election. The ever-looming and evolving COVID-19 pandemic and how it continues to be handled is huge on voters’ minds. The current astronomical gas prices, inflation and the economy in general are also a top priority.

While these issues can have major impacts on the daily lives of many Americans, they are not the only issues voters care about. Marijuana legalization continues to be a major political issue, and for many voters it is currently a top priority this election season. In fact, according to a recent poll, the majority of democratic voters think passing a bill to legalize marijuana is an important or top priority.

There are several states that may have marijuana ballot-measures in November. Maryland, Missouri, Ohio and South Dakota are just a few states where an important vote will appear on the ballot, which means marijuana legalization will likely play an even larger role in these states’ elections.

Being a democratic politician no longer guarantees the support of cannabis enthusiasts. Many voters are looking for real action, and soon. “Democrats, starting with President Biden, must lead on cannabis policy or risk ceding the very real voter enthusiasm it inspires to more libertarian voices,” according to Fortune. Time is running out for Democrats to make a strong stand on cannabis legalization before Republicans eventually do so on their own.

It is not only democrats who are interested in marijuana legalization. The latest Gallup poll data suggests that 2 in every 3 Americans support the legalization of marijuana. These record high numbers further show that marijuana is not a partisan issue. Any politician who takes a strong stance against marijuana, or one who drags their feet in the legalization process, risks being ousted from their role if their district resides in a competitive area.

Conservatives have noticed this inaction, and, according to Forbes, “some Republicans are starting to take action of their own that could eventually lead to them reaping the political rewards that will come from legalization from a Democratic party that has every opportunity to own this issue.”

Take South Carolina Republican Representative Nancy Mace, for example. She recently introduced a republican-authored bill to legalize cannabis at a federal level. Rep. Mace is up for reelection this year. It appears as though in most states, regardless of your political party, supporting cannabis legalization, at least in some form, is looking like a more promising route to victory than campaigning to continue its prohibition.

What this means for the future of marijuana legalization remains unclear, but the growing public support of marijuana is certainly starting to shape the way politicians approach the issue on the campaign trail.

Smoking cannabis has been proven to expose you to the same irritants, toxins, and carcinogens as smoking cigarettes. In addition, when smoking cannabis, users often inhale more deeply than tobacco smokers, which leads to...Read More

I am desperately hoping you can provide some guidance on how to get two cats transported over 600 miles away from our current home. We are seniors moving to a retirement community. The drive will be too ...Read More

Marijuana is a topic that’s slowly separated itself from political parties and policies. In ...Read More

Getting a medical marijuana card in your state requires you to complete several steps, which start with finding out if you qualify for one.