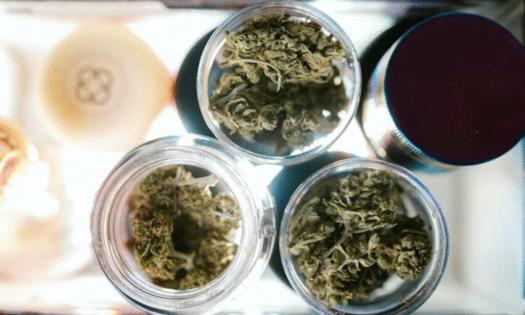 The Empire State may soon allow eateries to spike their food with cannabis. But there’s a drawback to that plan, at least for those who want to keep their liquor license.

This would certainly give “pizza joint” a whole new meaning. New York state appears to be considering the sale of edibles in pizzerias and other eateries. But there’s a big downside for these restaurants if they decide to partake.

According to a spokesman for the city’s Office of Cannabis Management, there have been discussions of possible cannabis licenses, which could be awarded to restaurants.

The New York Post reports that Aaron Ghitelman, the spokesperson for the Office of Cannabis Management, has confirmed there have been discussions about awarding such licenses to food preparers. However, “the regulations regarding infused food products have not been released yet,” he stressed.

The NY Post reports that pizza makers and shops in the state have already started to think of ways of getting involved with the cannabis industry, including infused oils and sauces.

Lawmakers claim that in reality, selling edibles at these establishments is complex and something that will have to be heavily monitored since children aren’t allowed within businesses that sell cannabis. Products will also have to be packaged correctly, indicating the amount of cannabis per serving, something that can prove troublesome when talking about a slice of pizza.

But perhaps the biggest buzzkill for restaurants: They can’t sell liquor and cannabis; it has to be one or the other.

Cannabis pizza joints join dozens of businesses in the city that have started selling weed despite the fact that no recreational cannabis program is in place (the first licenses are expected to be handed out in the fall). These businesses operate under murky legal ground, taking advantage of a loophole that looks the other way when it comes to this kind of behavior. Bright green trucks, pop-up stores, and more have appeared throughout the city, taking advantage of the current relaxed regulations.

An article in The Guardian claims that New York state isn’t happy with these types of businesses. Still, cracking down on them seems like a worse outcome, with authorities believing that there isn’t much that can be done until cannabis is legalized and the appropriate rules and legislations are put in place.

For the time being, cannabis sellers and those interested in getting involved with the industry have a bit more leeway, and the opportunity to get away with things they normally wouldn’t — something that will likely change very soon.