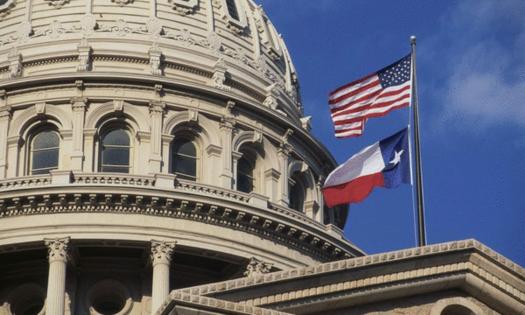 Texas Governor Greg Abbott (R) said on Monday that he doesn’t believe people should be incarcerated over low-level marijuana possession, effectively endorsing decriminalization on the same day that Austin officials certified a ballot initiative to enact the reform on the local level, reported Marijuana Moment.

“Marijuana is now a Class C misdemeanor in the state of Texas,” Abbott said. Currently, in Texas, A Class C misdemeanor is punishable by a fine without jail time. However, Abbott mischaracterized the state’s marijuana policy. Possession of up to two ounces of cannabis actually remains a Class B misdemeanor—not class C, which carries a penalty of up to 180 days in jail and a maximum $2,000 fine.

“Elected officials in Texas—both Democrats and Republicans—agree that we should no longer arrest people for small amounts of marijuana,” Heather Fazio, director of Texans for Responsible Marijuana Policy told Marijuana Moment. “It’s a waste of resources, it unfairly derails lives, and it’s time for the legislature to take action so law enforcement can focus on real crime.” Texas momentum? Meanwhile, at a crowded late December rally in downtown Austin, Democratic gubernatorial candidate Beto O’Rourke received some of the loudest cheers when he promised to legalize marijuana in Texas, which is something, he said, “most of us, regardless of party, actually agree on.” He then added that if elected, he would  legalize marijuana.”

According to a survey from the University of Houston and Texas Southern University, conducted in November 2021, 67% of Texans support federal marijuana legalization. The importance of this poll lies in the fact that 51% of survey participants who identified as Republicans also back the reform.