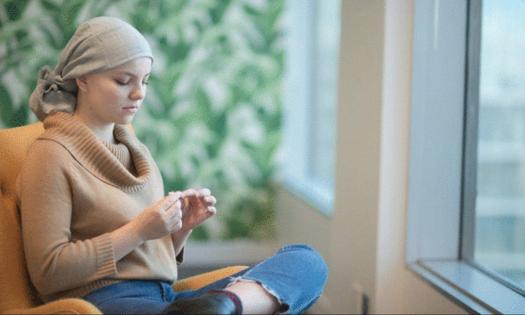 Although there is still no single recognized and approved cure for cancer, there are many treatments that help people fight it off. This depends, of course, on the type, stage it’s been discovered, overall patient health and many other factors, some of which are probably still unknown.

The light of hope to those suffering from breast cancer brings a new study conducted by Hadassah Medical Center physicians. The research revealed a sixfold improvement in killing breast cancer cells when using specific Cannabotech’s medical cannabis products in combination with standard oncology treatments and drug protocols – chemotherapy, biological and hormonal, over the existing treatment.

Cannabotech is an Israeli biotech company that develops medical products based on cannabis and fungal extracts. Its CannaboBreast product series is based on a unique combination of cannabinoids and terpenes from the cannabis plant. The Study The study showed that the combination of certain cannabinoids with standard chemotherapy upgraded the effectiveness of killing cancer cells up to six times compared to existing treatment, from 10% mortality to 60% mortality of cancer cells.

What’s more, the research revealed that there’s the potential of also improving the efficacy of killing breast cancer cells while at the same time minimizing chemotherapy doses, which is especially important for those patients who can’t undergo standard cancer treatment because of harsh side effects.

“This is a significant milestone in Cannabotech’s growth to becoming a leader in integrative medicine,” CEO Elchanan Shaked said in a press release. “The integrative products developed by Cannabotech are intended for use in combination with chemotherapy treatment in several cancers and are expected to be launched in Israel and the US in the second half of 2022, while the company’s goal is to define a new standard for the medical cannabis industry.”

Prof. Tami Peretz, a senior oncologist who worked on the study added, “A significant proportion of active cancer patients are currently treated with cannabis in parallel with conventional treatment. The integrative products developed by Cannabotech are unique in that they are developed to standards similar to those of the pharmaceutical industry and combine several active agents.”

“The company’s products have demonstrated impressive and very promising activity in laboratory-tested cell cultures,” she said. “Based on these experiments, there is room to start exploring the possibility of integrating the products in the treatment of breast cancer patients as well.”

This treatment is expected to be commercialized during the second half of 2022.

Young people who use cannabis frequently, regardless of gender, have better overall sexual function, according to a Spanish study.