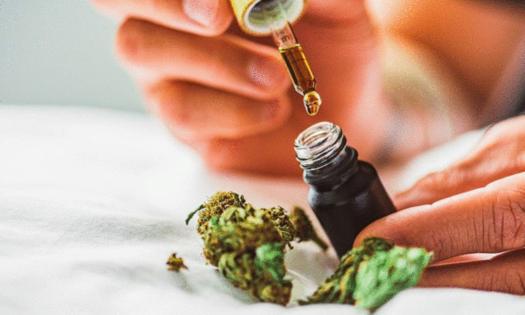 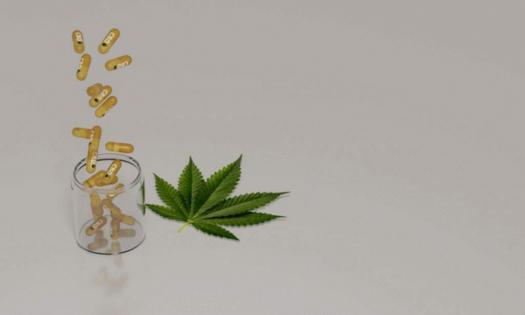 Both contain a lot of cannabinoids, terpenes, and flavonoids, but with respect to their medicinal effect, the important factor is their CBD concentration.

This is naturally a very common mistake from many that are new to the cannabis industry, however, it is also possible for users that have been around for a while to fall under this category. Differences The major differences between hemp CBD and cannabis CBD can be found in the classification of the plant as well as the genetic makeup as both plants are different varieties of the cannabis sativa plant. Industrial hemp is known generally to contain more CBD while cannabis plants are known to contain more THC than CBD. Just to jog your memory, remember that THC is the psychoactive cannabinoid in cannabis that causes the euphoric high experienced when the herb is smoked. Industrial Hemp Simply put, industrial hemp is a specific variety of cannabis sativa. The herb has been in use by humans for quite some time with most of its earlier applications being towards making rope, sails, and foods. This was until new and improved applications such as using the herb to extract cannabinoids for medicinal and recreational purposes began. The natural herb is also used in construction as the durable material known as hempcrete is gradually being used in different buildings in Europe.

Under the Farm Bill of 2018, hemp or industrial hemp is characterized as cannabis sativa plants that contain less than 0.3% of THC. These classes of cannabis plants are considered legal federally and can be grown by produces in a good number of states. These cultivation exercises are subject to strict regulations. Industrial hemp contains THC, though in low quantities, which is why it is defined as containing no more than 0.3%. It is, however, possible for some processed products derived from hemp to cause euphoria however most of the products are directed towards the medicinal use of CBD. Examples of products derived from processed hemp include topicals, tinctures, gummies, and capsules. Medicinal Cannabis Cannabis plants come in three different varieties which include indica, sativa, and ruderalis. These three strains also come as hybrid plants when they are mixed in different proportions to give varying levels of cannabinoids. Cannabis plants contain cannabinoids such as CBD and THC that have a wide range of medicinal capacities which facilitated the establishment of a medicinal marijuana program. Cannabis is classified as a Schedule 1 narcotic drug by the FDA, but nonetheless, it is still legal in a number of states for recreational and medicinal purposes. CBD and THC derived from cannabis plants are actively used being used medicinally to deal with pain, seizures, mood disorders, and a host of other medical conditions. Examples of medicinal cannabis products include topicals, gummies, tinctures, and transdermal patches. Industrial Hemp Vs. Medicinal Cannabis Though both are varieties of the same plant, the major talking point of industrial hemp and medicinal cannabis lies with CBD. Both contain a lot of cannabinoids, terpenes, and flavonoids, but with respect to their medicinal effect, the important factor is their CBD concentration. As stated earlier, industrial hemp contains more CBD compared to cannabis which has more THC than CBD. It is, however, important to state that that the CBD derived from both sources are the same in terms of effects and benefits. This is because the chemical composition of the compound does not change regardless of the source.

One major difference is the legal status of both products in the eyes of the FDA as the 2018 Farm Bill helps the FDA to classify products from both sources differently. Products made from cannabis are expected to contain more than 0.3% of THC which makes them illegal. Why Does Your CBD Source Matter? You won’t be categorically wrong if you ask why the source of CBD should matter especially given the fact that it is clearly stated that the chemical makeup of the component does not matter. Firstly, you will remember that we stated that hemp contains more CBD and less THC compared to cannabis which has more THC and CBD. This means that if both are used as sources of CBD, hemp will have more CBD available for extraction compared to cannabis. This information is important as it makes industrial hemp a more lucrative option for manufacturers to source out CBD. The legal status of both products earlier mentioned also makes industrial hemp the option with the least possible legal drawbacks with respect to the FDA.

The source of CBD also matters because of the varying classes of CBD extracts that we have from different sources. The entourage effect is a special characteristic of phytochemical molecules like cannabinoids and terpenes. The more the molecules, the better the entourage effect as they work in synergy to give rise to a unique set of effects. CBD can be in broad or full spectrum depending on its source. CBD derived from cannabis, which contains more THC and other cannabinoids, is bound to have more entourage effect which is sure to have a positive affect on the effectiveness of the extract. Bottom Line While the source of CBD might be important in terms of the amount of CBD available for extraction and entourage effect, the place of proper consultation is also important. Users of both products for medicinal reasons are urged to inform their doctors to ensure the product is fit for whichever physical or mental health issue they wish to use it for. Both sources of CBD are sure to produce high-quality cannabinoids to meet your medicinal or recreational needs.

For those of us who have been smoking cannabis...Read More

What about cannabis, which has been repeatedly listed as a substance with high abuse potential and low medical value?

If confirmed by the Senate, Robert Califf would oversee decisions that will impact the cannabis industry.

A variety of elements present in cannabis provide anti-inflammatory effects, including THC. Here’s what you should know.

Cannabis is an anti-inflammatory agent. The plant has long been associated with a variety of ...Read More