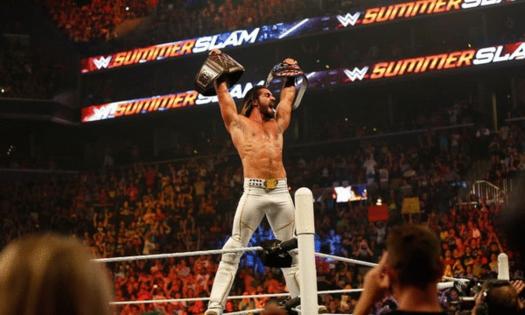 Most pro wrestling fans know that illegal drugs and painkillers were a big part of the lifestyle of many of its superstars during the industry’s heyday during the 80s and 90s. Nowadays, looking back on old footage of WWF and WWE Superstars, some viewers probably can’t help but wonder whether or not cannabis helped them deal with the intense holds and bumps they sustained during the industry’s most brutal, yet, famed era.

Since times have changed regarding how cannabis is viewed, former superstars are able to be more vocal about the benefits and ways it has helped prolong their careers.

Here are some former WCW and WWF superstars who advocate on behalf of marijuana. Jesse “The Body” Ventura In the mid to late 80s, Jesse “The Body” Ventura made quite the impact on wrestling fans both inside the ring and as a commentator. Later on, he even made appearances during the first iteration of The XFL back in 2001. During his time outside of the ring, he’s spent much of his time remaining politically active to the point of winning the governorship of Minnesota as a reform party candidate. His term lasted from 1998-2003.

Since then he’s become fully committed to the cause of full nationwide cannabis legalization. He began his crusade on behalf of the fight to legalize cannabis after watching a friend helplessly suffer from seizures until they made the trip to Colorado to purchase products that ended them once and for all. Since then, he’s gone as far as naming his newest book “Jesse Ventura’s Marijuana Manifesto.” Rob Van Dam Wrestling aficionados remember Rod Van Dam as “The Whole Damn Show”. Now, RVD is known as one of the most vocal and longest-standing cannabis activists coming from the world of professional sports.

It’s no surprise given that the title-winning wrestler won the coveted WWE Heavyweight Championship in 2006, only to forfeit it later that year due to an arrest for minor marijuana possession. It turns out, the arrest was just a minor bump in the road for him too, since he was able to get his career back on track and find his purpose as a marijuana advocate, well after his days in the squared circle ended. His commitment to cannabis advocacy was exemplified by the fact that he has his own brand of CBD products for sale. Tha Godfather/Papa Shango Many Attitude-Era WWE fans will The Godfather’s catch phrase, “Pimpin’ Ain’t Easy,” displayed prominently on his ring attire, along with his memorable Brawl for All match which was just highlighted in a recent episode of Vice’s “Dark Side of the Ring” series.

What fans don’t know is the long path it took The Godfather (real name Charles Wright) to reach the pinnacle of the wrestling industry. Injuries, painkillers, and alcohol threatened everything he was working for, until he tried marijuana for the first time at age 27. Wright claimed that it made his knees feel better, his back feel better and opened up his eyes in general to the benefits it possesses. The impact it had on his career was so strong, he claims that it saved his life. Val Venis One of the edgiest superstars who helped make the Attitude-Era of WWE must-see TV for guys of a certain age, Val Venis, now goes by the moniker of Kaptain Kannabis. It’s a somewhat appropriate name for a wrestling heel, and seen as he now owns and operates the Health 4 Life dispensaries in Arizona it makes complete sense that he’d ditch his old WWE name for this one.

It’s not shocking that Venis made the leap into the world of cannabis given that cannabis is what he attributes to helping him kick his painkiller habit. His Health 4 Life dispensary franchise are a force to be reckoned with in Arizona’s market, as he currently has four that are open for business.

The combination of marijuana and sex is popular for a reason. Here are some things you should keep in mind.

Marijuana and sex are a beloved pairing. They make a lot of sense together: a union of two activities that are ...Read More

If there’s one thing that most cannabis users can agree on, it’s that cannabis allows your mind to wander into unknown realms of the imagination. You begin to think in different terms and can use this to your ...Read More

Overall, medical cannabis has improved my life beyond belief, including the phenomenal impact to my mental health.

According to a 2019 Veterans Health and Medical Cannabis Study, 94% of veterans suffering with post-...Read More

There are numerous factors that explain why the jury is still out on whether or not THC-O should be considered safe for public consumption.

Since the 2018 Farm Bill opened the floodgates for hemp derived products to ...Read More