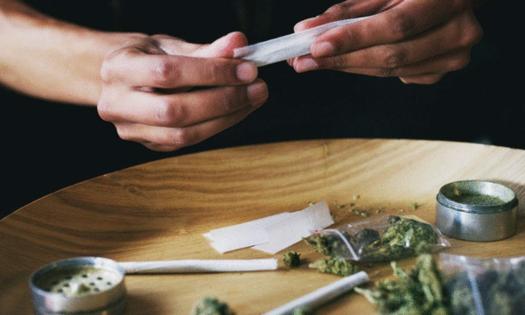 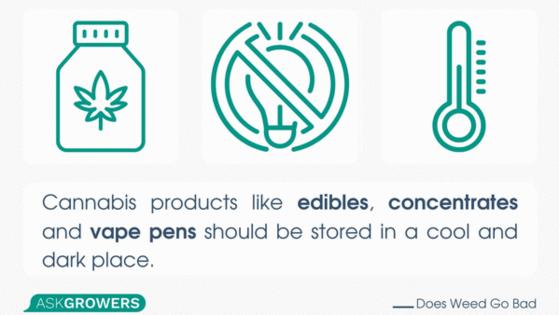 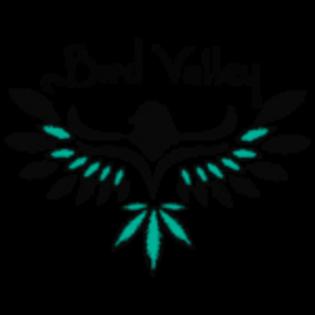 This article originally appeared on AskGrowers and has been reposted with permission.

The best thing to do when you buy some marijuana is to consume it as soon as possible. That will ensure that you get all the benefits out of it that you’re looking for, and there are no risks to your health that could arise with longer storage periods. When you buy a jar of weed, you can see the harvest date printed on it. The fresher it is, the stronger it will be.

Good vs Bad Weed: How to Understand If Yours Is Fresh

There are a few ways in which you can determine the freshness of your cannabis buds: The first thing to note is the smell. Weed that’s not in the best condition will lose its aroma or smell different when compared to a fresh batch. It can even smell quite bad at times.You can also look at it and see if it’s old. Fresh buds will not crumble when you press or break them. If your weed does that, it’s a good sign that it is old.The texture of old weed is also different. It will not really harm you, though, unless it has grown moldy while sitting in a wet jar.Old marijuana also doesn’t taste pleasant. It can often have a harsh flavor that will likely make you cough or even vomit. One of the first things you should do when you buy some cannabis is to check for mold. Weed does not have to be old to grow mold. A research study showed mold and bacteria growth on 20 weed samples that were purchased directly from dispensaries and growers. So, even if you have just bought your marijuana, check if you can see any small white fuzzy spots.

Any of these things can mean that your weed is stale. Smoking stale weed won’t usually cause any serious health issues unless you have a weak immune system. Weed that contains fungus or bacteria can cause serious problems for such people, while it will likely only cause coughing or vomiting for healthy adults. The bottom line is that if you feel like your weed is bad, the best idea is to just throw it away. If you’re asking yourself, “what does good weed look like?”, then it looks and smells fresh, has its own aroma, holds its structure when you break a bud apart, and doesn’t have fuzzy white spots on it.

How long an edible remains fresh depends on what it is. For example, refrigerated products like condiments and drinks can stay fresh for 5 to 7 days, while products with dairy in them, like a cannabis chocolate bar, can go bad within a week. So, when it comes to edibles, you should follow the same storage principles as you would with normal food products. If food items are not stored properly, they will go bad much quicker than if they were stored in an airtight container or the refrigerator, depending on what kind of edible you have.

You can tell that an edible is going bad by the smell or taste of it. A weed edible will start to smell bad, just like a normal food item would. The longest-lasting edible products are gummies and candies, while products like brownies and cookies also have a long shelf life.

How to Properly Store Weed to Keep It Fresh Longer

There are several little things you should consider when thinking about proper weed storage. The shelf life of weed can drastically change depending on your storage method. Here are some things you should be doing: Get the right kind of containers. Do not use plastic bags or other plastic jars. The reason for this is that plastic holds a static charge that can reduce the potency of your marijuana by messing with the trichomes. The ideal containers to choose from are glass ones that have airtight seals. They do not let in too much oxygen and also don’t have any static charge. You can find the ideal weed storing containers at the dispensary you buy your cannabis from.Another thing to consider is humidity. The ideal humidity range for weed storage is between 59 and 63 percent. If you have higher humidity, your weed can trap moisture and get moldy. In lower humidity, there is a risk of your cannabis getting dried out.You should also keep it in a dark place with little to no sunlight. UV rays are very detrimental to cured cannabis, so this might be the most important thing to keep in mind. You should also keep it in a cool place, but that does not mean you should go freezing it. Just don’t keep it somewhere it can trap moisture or get direct light. How to Store Other Cannabis Products

In an attempt to extend the shelf life of weed, many people try many things. While some of these might actually work, others are myths that shouldn’t be believed: It is not wise to store cannabis in a cigar humidor. These products usually have a lining of cedar, which has oils that can damage cannabis. If you want to use a humidor, there are ones specifically designed for storing marijuana, and only those should be used.Some people think that adding an orange peel in a bag of weed will help maintain the moisture content and keep the cannabis from getting dry. This does not really work. On the contrary, it increases your buds’ risk of developing mold due to the increased moisture. The orange peel can also change the aroma or taste of your marijuana.It is also unwise to keep your cannabis in a freezer. The freezer is likely to make the trichomes on your buds brittle, and they can snap off when you handle the buds later. Also, the freezer can increase the chance for mold to appear because of the moisture inside. Does Weed Get Old?

The topic is a really important one, so we suggest you read the opinions of these industry experts:

Robert Miller, Purefectionery Flower changes as it ages. A lot of people say they feel like the more cannabis ages, the more CBD-like quality it takes on. My thing with older weed is, if you take care of it.

Dee Dee Taylor, 502 Hemp Not really. It may lose some of its cannabinoid content, but not necessarily get old.

Dr. Joseph Rosado, MD If not stored properly, it can get old. But that old weed will have a high level of CBN because if you leave cannabis laying out with oxygen over seven to ten days, the THC can convert into CBN which is excellent in helping people with their sleep and/or insomnia.

Jack Robson, High Desert Pure Yes. It’s a plant. Like any plant, it will decompose if you leave it long enough.

Lawrence Perrigo, Saints Joints Yes, it does get old. It will degrade and stop smelling good. I guess you’ll just have to smoke your weed fast!

Matthew Frigone, Lazy Bee Gardens Yes. Proper storage and cure can prolong but oxidation will still occur. Not all strains hold cure as well as others either. I have some that look like crap after only a few months in cure, and others that look just harvested like 9 months deep.

Scarlet Palmer, Sensi Seeds Yes indeed! It goes through various chemical changes as the cannabinoids naturally decarboxylate and change. Eventually it will stop having any psychoactive effect, but will be very soporific.

Terry Sardinas, Bird Valley Organics Yes, but if you add a spinach leaf to your jar of dry Cannabis, you can help give it a refresh.

Remember the abandoned video store near the home where you grew ...Read More

Frankly, with all things considered, it may be fair to assume that tech is one of the most cannabis-friendly industries to work in.

There aren’t many industries that have been more welcoming to the cannabis community ...Read More

Federal financial regulator Rodney Hood noted that marijuana legalization “in some form is going to happen, and the abdication of responsibility to address these issues in Washington is simply ludicrous.”