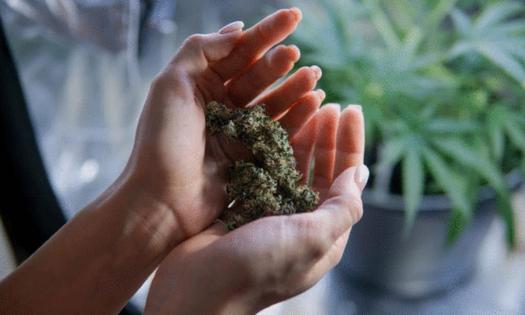 Some people report an ultra-sensitivity to cannabis, along with symptoms that are similar to allergies. Is it possible to be allergic to marijuana?

Allergic reactions can include almost anything you can think of, from different types of foods, drinks, and even marijuana.

According to estimates from Medical News Today, around 10% of people have an allergic reaction to marijuana. These can vary, with some doctors believing that piercing red eyes, runny nose, itchy skin, hives, and sneezing could be some of the symptoms.

There’s an important term for allergies called allergic sensitization. It refers to the complex exchange that occurs between the allergen and the person who’s developing the allergy according to the environment they’re in. The allergy develops due to the body’s reaction, triggered by the immune system when exposed to the allergen, in this case, marijuana.

The degrees to which people react to the plant vary from case to case, sometimes occurring when they come in contact with the plant, ingest it orally, or smoke it. Asthma and other lung problems have also been reported as marijuana allergy symptoms.

While most of these side effects sound like standard allergies and not much to worry about, some people report much more serious symptoms, like diarrhea and vomiting when marijuana is ingested orally. For people with these types of sensibilities, having contact with marijuana in any shape is a bad idea, especially when mixed with foods like bananas, almonds, tomatoes, and other fruits, since compounds in the different elements can interact and result in anaphylaxis. This condition causes plenty of serious symptoms including shock and difficulty breathing.

RELATED: Is An Allergic Reaction From CBD Possible?

Since there’s not a lot of research available on marijuana and allergies, there’s no clear way of treating these conditions. There’s also no way of knowing if CBD or other marijuana compounds could cause these same reactions in people with these sensitivities.

If you’ve ever felt strange and uncomfortable while interacting with the plant, it’s best to visit a doctor and obtain some orientation. The doctor could provide you with a skin prick test, which can inform you on your allergies, or you could simply choose to steer clear of your allergen for the time being. While now there are no treatment options, with cannabis getting legalized, there may be some sort of immunotherapy developed in the future.

There’s not a lot of research on the matter, but plenty of anecdotal evidence links cannabis with hangover relief. Here’s how you can use the plant to your advantage.

Hangovers are annoying and difficult to treat. ...Read More