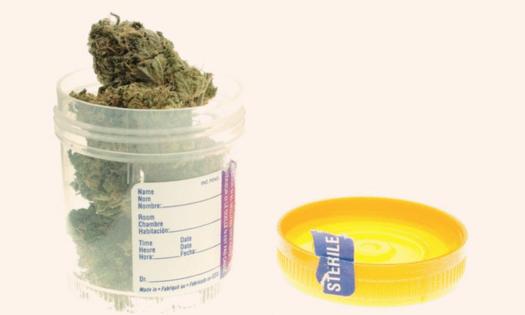 “Random marijuana testing in the workplace, such as pre-employment drug screening, has never been an evidence-based policy.” — NORML deputy director Paul Armentano

New York residents need not fear losing their jobs due to recreational marijuana use anymore. The New York Department of Labor confirmed that employers are now prohibited from testing their employees for the presence of cannabis, reports Marijuana Moment.

While employers are still allowed to penalize workers for being impaired on the job, the threshold to proving impairment has been significantly raised — the odor of weed is now not sufficient evidence on its own. Also, under the New York Department of Labor’s new guidance, a positive drug test for cannabis also does not make for an “articulable symptom of impairment.” The First State To Make “Seismic” Policy Change   New York became “the first state to essentially prohibit cannabis testing in all but narrowly defined situations,” according to Quest Diagnostics, which offers employment drug testing services.

Faye Caldwell, an attorney and advisor who specializes in drug testing laws, said this move presents a “seismic” policy change.

“This is the first state in the nation to ever enter this,” she said. “In most other states, there may be no ability to take action in many circumstances, but there was no prohibition on testing,” wrote the outlet. “So this will make some massive changes for employers who have employees in the state of New York and have drug testing policies.”

In 2019, some two years before officially legalizing cannabis in the state, New York City regulators created a local ban on pre-employment drug testing for marijuana.

“Random marijuana testing in the workplace, such as pre-employment drug screening, has never been an evidence-based policy. Rather, this discriminatory practice is a holdover from the zeitgeist of the 1980s ‘war on drugs,’” NORML deputy director Paul Armentano told Marijuana Moment.

“But times have changed; attitudes have changed, and in many places, the marijuana laws have changed. It is time for workplace policies to adapt to this new reality and to cease punishing employees for activities they engage in during their off-hours that pose no workplace safety threat.” Amazon And Others Agree What’s more, one such huge corporation, Amazon (NASDAQ: AMZN), announced in June that it supports marijuana legalization and that it will stop testing for workplace cannabis use in most positions.

More recently, the Office of Personnel Management issued a memo to federal agencies confirming that previous cannabis use should not automatically disqualify people from being employed in the federal government. The NBA also announced it is extending its policy of not randomly drug testing players for marijuana through the 2021-2022 season.