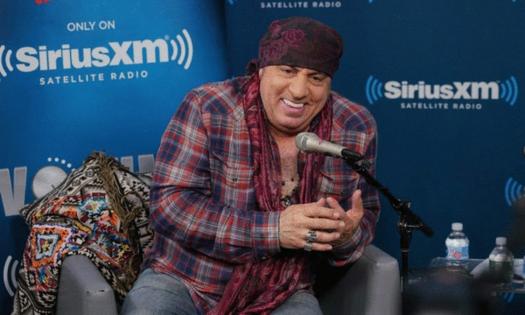 Ten percent of profits from Little Steven’s Underground Apothecary sales will be put toward the National Organization for Marijuana Legalization.

“The United States may be the only country in the world that considers health care, both physical and mental, as an afterthought,” Van Zandt shared in a statement.

“Little Steven’s Underground Apothecary was created to help combat that issue by focusing on natural, holistic remedies. Some will help relax you, some will help energize you, all will help you take charge of your own wellness.”

Van Zandt expressed a desire to increase education around cannabis and decrease the stigma that has plagued its consumption for decades. In doing so, Van Zandt hopes to “stop unjust criminalization for a plant that not only does a lot of good but has proven during COVID-19 to be almost as essential as art to people’s well-being and quality of life.”

Ten percent of profits from Little Steven’s Underground Apothecary sales will be put toward the National Organization for Marijuana Legalization. Available in Massachusetts  Canna Provision shops in Lee and Holyoke Massachusetts will be the exclusive carriers of Little Steven’s Underground Apothecary cannabis pre-rolls which will be made with hand-grown high-CBD, low-THC craft cannabis from Canna Provisions.

“You don’t have to smoke cannabis or even use it to support national legalization,” said Meg Sanders, Canna Provisions CEO. “But for those that do use it, Little Steven wanted to be sure to have an approachable, low-THC and high-CBD cannabis that is less about the recreational high, and more for people seeking the benefits of cannabis and cannabinoids like high-CBD cannabis on the body and mind.”

Europe is beginning to take its cannabis industry...Read More

Regular marijuana users tend to know how to get high efficiently. Still, accidents happen. Here’s how to fix them.

Seasoned marijuana users don’t tend to stumble into bad highs or a bong that smokes poorly. These ...Read More