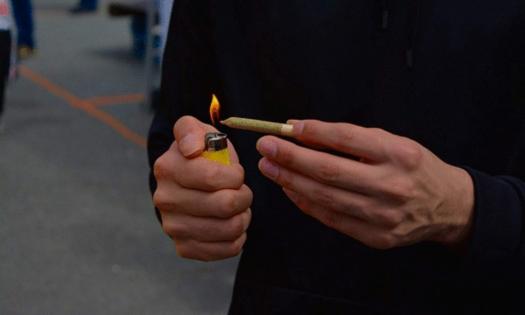 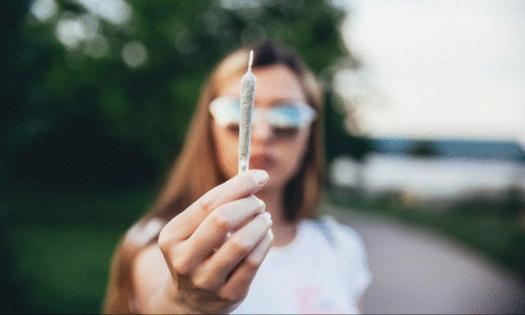 When discussing the topic of banning cannabis consumption in public, you are also inviting a wider discussion about what we can and cannot do within a public space.

In New York City, when they allowed public smoking of marijuana, arrests declined significantly. Sounds like a no brainer — if it’s legal to smoke weed in public, cops can’t arrest you. Except, in some places there are grey areas and cops like to exploit these grey areas to increase arrest records and feel like they are “enforcing the LAW!”

It turns out that all you have to do for cops not to do something is to make it legal. The police is blind to the moral consequences of law — they simply enforce it. You know, like Superior Orders!

However, the issue of public cannabis consumption isn’t limited to New York City; it’s a topic that will most definitely come up in every future legalization debate from now until cannabis is completely integrated into society.

Here, we’ll be addressing this question, the potential fears people expect would happen, and whether this would also apply to tobacco smoke. The Fears of Public Smoking The picture that opponents of public smoking would want you to believe is that once you allow public consumption, people would be walking around smoking joints everywhere, all the time.

While it’s true that public consumption would invite the occasional whiff of cannabis smoke, most people are not fans of “walking around smoking marijuana”. With vape devices, they typically take a hit or two and continue with their day. Smoking joints simply creates too much smoke — and is usually reserved for parks or outdoor events.

Yet with vaporizers becoming more popular among the youth, it’s safe to say that there will be a greater prevalence of these devices within mass society. If you don’t smoke cannabis, you’d probably not be able to tell the difference between a normal vaporizer and a cannabis infused one. Therefore, unless you have a problem with public vaping, you should technically not take issue with public cannabis consumption.

As for actual joint smoking, you would hardly see or smell them except for days like 4/20. Smoking Tobacco vs Smoking Cannabis It turns out that cannabis and tobacco smoking are virtually tied. Roughly 12% of Americans admit to smoking cannabis regularly vs 14% of Americans who smoke tobacco regularly.

Most places ban smoking tobacco indoors, however, when it comes to outdoor consumption there is not an issue. If people believe that smoking cannabis outdoor should be banned, then the obvious question we would need to ask is, “What about tobacco?”

If tobacco is not seen as a problem, it would be hypocritical to criminalize public consumption of one but not the other. If euphoria is the reason why public cannabis consumption is barred, we would have to point out that tobacco has a psychological and neurological effect on users and that the second hand smoke can create health problems.

The FBI recently revised its stance on cannabis ...Read More