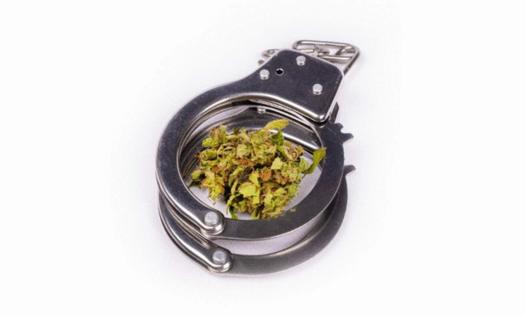 One of the most important problems with the “moral clause” is its existence in the medical cannabis program, but not in the recreational.

If the bill, which is assigned to the Senate Judiciary and Public Safety Committee, becomes law, marijuana regulators in Michigan could no longer refuse to issue a medical cannabis license to someone based on “moral character and reputation” or previous cannabis convictions.

“It would seem to be especially important in the cannabis space that we open the door to the legal cannabis industry to folks who are very experienced in the illicit cannabis space,” Irwin said, adding it would be unreasonable to assume illegal cannabis sales would simply end.

“I don’t think we want to exclude anyone who’s ever participated in the marijuana industry before it was legal from participating now that it is legal because that’s going to make it even harder for us to build the legal space and diminish the illicit space,” Irwin noted. Moral Character Clause Invites Inequality And Corruption  One of the most important problems with the “moral clause” is its existence in the medical cannabis program, but not in the recreational.

Irwin told Marijuana Moment in a phone interview on Monday that the subjective nature of the moral character clause “invites unequal application of the law, it invites favoritism, it invites corruption.”

To build a successful legal market “we need to keep the taxes low,” Irwin continued. “We need to keep the barriers to entry low. We need to welcome people who might have a marijuana conviction on their record into the licensed space. That’s all part of being successful as a state in making sure the majority of transactions are taking place in a safe and regulated legal space.”

The bill is co-sponsored by Senators Sean McCann, Stephanie Chang and Sylvia Santana, all Democrats, but according to Irwin, the bill should ultimately garner GOP support.

Last week, Irwin separately introduced the legislation to legalize the possession and cultivation of certain psychedelics.

Other cannabis-derived compounds the agency is interested in learning about include delta-10 THC, CBN, THCV and CBG.

The Food and Drug Administration (FDA) announced that it plans to use ...Read More

Any cannabis consumer hoping to catch a stronger buzz without increasing the amount they spend should look into vaping weed instead of smoking it the old fashioned way.

One of the best aspects of consuming cannabis in ...Read More

Marijuana can be vary dramatically in terms of pricing. Here’s how to stretch your stash and save some money.

Now that weed is legal across a growing number of states, there’s more availability than ever. Still, ...Read More