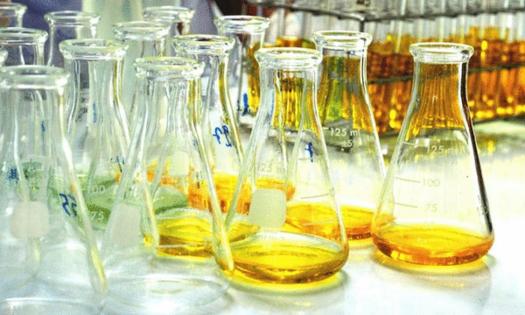 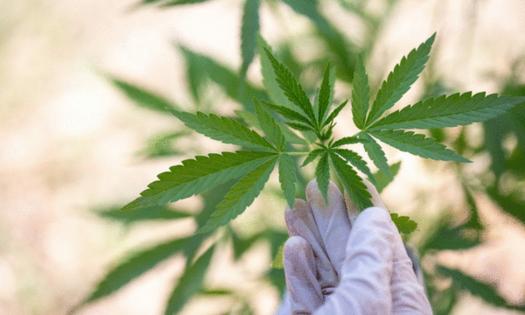 Synthetic cannabinoids have different biochemical properties compared to THC that increase their risk.

A problem of increasing social importance is the rise in the use of synthetic cannabis alternatives, commonly called K2 or Spice or a number of other brand names. In 2020, 2.4% of high school seniors tried synthetic cannabis.

In contrast to marijuana where THC is the active molecule, these alternatives use a range of different, more potent compounds that activate the same pathways as THC, namely the CB1 cannabinoid receptor, which is responsible for the subjective effects of cannabinoid intoxication.

JWH-018 is perhaps the most widely abused of these molecules historically due to its ease of synthesis, but these products may contain any of a large number of similarly acting molecules. JWH-018 has approximately 5 times the activity as THC, but other synthetics can far exceed this. For example, HU-210 has an activity measured in hundreds of times the potency of THC. The legal status of these compounds varies on a case-by-case basis and can be poorly defined. This is because the CB1 receptor is promiscuous with respect to the variety of chemical matter it will bind to. JWH-018 is officially a schedule 1 drug, whereas HU-210 is unscheduled currently.

There are hundreds of such compounds of a range of different chemical structures and properties, making their regulation difficult and complicating the ability of physicians to test for them. Because of the large number of compounds in this class and their varying legal status, manufacturers of synthetic cannabis have been able to sidestep these scheduling laws by changing the active molecule or molecules in their products. This has lead to a situation where these products are highly heterogeneous, even within brands. This increases the risk of these products because users cannot reliably predict their effects, potentially resulting in overdose.

By the time regulators have classified a synthetic cannabinoid as illegal, a new one takes its place. For instance during a well publicized incident in 2016, 33 individuals were hospitalized after overdosing on synthetic cannabis in Brooklyn, NY, from a batch of product that was unusually potent.

Moreover, synthetic cannabinoids have different biochemical properties compared to THC that increase their risk. THC is a partial agonist of the CB1 receptor, and even when activating a large number of receptors, the activity evoked is only moderate and self-limiting. Most synthetic cannabinoids by comparison are full agonists and have no self limiting properties. Therefore in smaller doses, these drugs can mimic the effects of THC, but larger doses can far exceed a user’s expectations. The effects can be so severe that they can result in death. Anebulo is developing an antidote to synthetic cannabinoids and THC

Anebulo Pharmaceuticals (NASDAQ:ANEB) is developing a drug called ANEB-001 that can potentially be used to reverse the effects of synthetic cannabinoids and THC.

ANEB-001 is a CB1 receptor antagonist, meaning it can bind to the CB1 receptor and prevent other drugs from activating it. This is the same principle that is applied with drugs like Narcan (naloxone) to reverse opioid overdose. There are currently no approved drugs addressing cannabinoid intoxication.

In principle, ANEB-001 could be used by ER physicians and first responders upon identifying an individual suspected of synthetic cannabis intoxication to reverse their condition, limiting the impact to the individual and to the medical system. On average a visit to the ER costs $2200, and with an antidote, these individuals could be discharged quickly.

In addition to synthetic cannabinoids, ANEB-001 can potentially be used in cases of severe cannabis intoxication, like those seen in young children, which can result in encephalopathy, coma, and even death. ANEB-001 is scheduled to begin Phase II clinical trials in 2022.