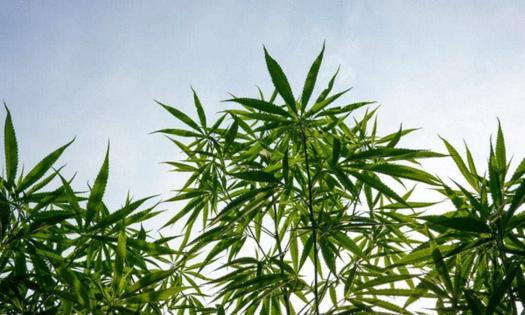 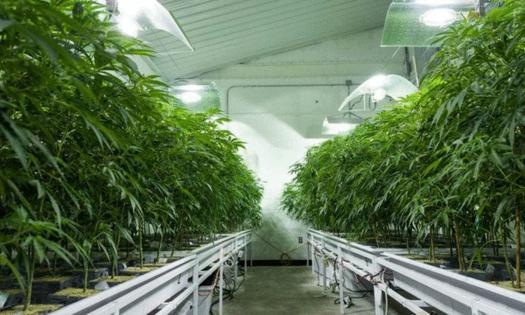 And while the rhetoric regarding a “cartel takeover” is rampant among both local and state regulators, among the cases I am aware of, there is no evidence of cartel activity. Rather, my suspicion is that white law enforcement agents are seeing brown people working in fields planting hemp seedings and jumping to unwarranted (not to mention problematic) conclusions.

Indeed, the leaps in logic and rush to judgment have led to law enforcement erroneously sweeping up entirely non-criminal and even completely legal hemp growers as well as a full-frontal attack on agriculture in general by county land use regulators. Here are the top five issues I’m seeing: 1. Hemp Is Legal. With the passage of the 2018 Farm Bill, hemp (or “industrial hemp”), which is defined generally as cannabis that has THC content of 0.3 percent or less on a dry weight basis, is no longer a federally controlled substance. In Oregon, industrial hemp is specifically excluded from the definition of marijuana. Thus, any cannabis that has 0.3 percent or less THC content is not marijuana. There is no easy way to tell the difference between hemp and marijuana just by looking at it or smelling it – a specific laboratory test is required.

However, various Southern Oregon law enforcement agencies appear to have refused to update their probable cause analysis to consider whether plants or leafy green substances they report seeing as suspected illegal marijuana trafficking may, in fact, just be individuals involved in the legal hemp market. What police officers and sheriffs may have been trained to look for in order to identify illegal marijuana does not appear to have been updated to account for the fact that a legal substance exists that carries the look and smell of marijuana but is in fact perfectly legal industrial hemp. 2. Prior to the passage of HB3000, growing hemp without a registration is a civil violation, not a crime. A repeating theme I am seeing in cases of law enforcement activity at hemp farms in Southern Oregon involve hemp growers who, for whatever reason, obtained hemp seedlings while their hemp registrations are still being processed by the Oregon Department of Agriculture, and then were searched by law enforcement. Indeed, many applicants report that earlier this spring, ODA reported that processing times for hemp registrations were 6 weeks long or less, which is consistent with ODA’s processing times last year. With the planting season closing, may people intending to grow legal hemp took ODA’s representations regarding processing times on faith and ordered starts for their growing season, only to have them arrive before their registration is approved.

However, until the passage of HB 3000 on July 19, 2021 (just a few days ago), Oregon law was relatively clear that the growing hemp without a registration is not a crime, but rather is a civil violation with a maximum fine of $2500 per violation. Only ODA has the legal authority to impose these fines — criminal law enforcement authorities have no jurisdiction whatsoever. Law enforcement is taking a contrary position, but in doing so are ignoring that the statute they’re relying on expressly references marijuana, not hemp. 3. Possessing dry hemp in any amount is completely legal. While growing hemp without a hemp grower registration is contrary to ODA regulations (albeit not criminal), Oregon law has no limits on the amount of dry hemp any person or company can hold for any purpose, and there is no license or registration required for the possession of dry hemp for commercial purposes. Indeed, for marijuana, public possession limits recently doubled to two ounces as a result of SB 408, which went into law last month, but possession of green leafy substances beyond that will require a test to determine whether possession of the substance is legal or illegal. Currently, Southern Oregon law enforcement isn’t even considering whether the green leafy substances they are seizing may be perfectly legal hemp rather than marijuana. 4. Law enforcement has been raiding farms and taking samples for testing without following proper sampling and testing procedures. While the distinction between hemp and marijuana is somewhat straightforward, it does not follow that any single growing cannabis plant that tests above 0.3% total THC content means that the field that is being grown is marijuana and not hemp. That’s because ODA rules require pre-harvest field testing to be done according to a very specific protocol that ensures a representative sample of each harvest lot is acquired for testing, and then the test results of each sample are averaged together to get an overall pass/fail rating for THC content. In other words, certain plants are allowed to have over the amount of THC, but as long as the rest of the plants test sufficiently under that the average result is under 0.3%, the entire harvest lot is still considered hemp. And for good reason. It is impossible for a grower to know with certainty that each and every plant will test below a certain threshold. The purpose of pre-harvest testing is to ensure that an overall harvest lot doesn’t have too much THC to be considered hemp, and if it does, the grower has the option to have the harvest lot re-sampled and re-tested, or segregate and destroy that lot according to ODA instructions.

Contrary to this rational, measured approach, law enforcement is selectively taking a tiny sample, likely from areas of fields that get more sun or nutrients in an effort to find one plant that tests over 0.3% THC and declare the entire operation an “illegal marijuana grow.” Furthermore, law enforcement organizations are not lawfully authorized to collect samples for testing, and aren’t subject to the same regulations relating to chain of custody that OLCC licensed labs are required to observe. And from the test results I’ve seen, there is often a lag time of more than 30 days from the date law enforcement collects the samples to the date they are turned over to a lab for testing and analysis. I have yet to hear any explanation for that extended lag time between sampling and testing.

Law enforcement does not appear to show any interest in using sampling and testing procedures that are designed to give the most accurate results, instead they appear to be using methods that are known to be unreliable to get the results that justify their actions. If you find yourself in this situation, it is important to exercise your First Amendment right to record law enforcement and take a video of the officers as they are collecting and handling the samples. 5. Agricultural buildings are exempt by state law from local building permit requirements. It’s not just law enforcement getting in on the reefer madness. There are reports of county building inspectors harassing landowners for “unpermitted” hoophouses and greenhouses. And I am aware of at least one citation out of Jackson County for fines of $100,000 for greenhouses that were allegedly built without a building permit on land explicitly zoned for farm uses.

These county regulators are running afoul of state law, which categorically exempts agricultural buildings from the state structural specialty code which counties regulate through the issuance of building permits. See ORS 455.315. While I have previously known of county regulators attempting to argue that indoor marijuana production facilities are commercial in nature and not agriculture (from which they inevitably back down when confronted with ORS 475B.526), the apparent argument that greenhouses and hoophouses are not agricultural in nature is rather breathtaking — I can’t think of a more quintessential example of an agricultural building. BOTTOM LINE If you are visited by law enforcement or local code enforcement for any reason about your hemp crop, it is important that you immediately seek legal advice from competent and qualified counsel. The attorneys at Green Light Law Group are up-to-speed on all of the issues growers and landowners are experiencing in Southern Oregon.

Kevin Jacoby is an attorney at Green Light Law Group. He has focused his career on advising small to medium-sized businesses both in litigation matters and in all aspects of administrative compliance and employment relations. In addition to business-to-business litigation, Kevin has devoted a significant amount of his practice to administrative law. You can contact Kevin at info@gl-lg.com or 503-488-5424.

This article originally appeared on Green Light Law Group and has been reposted with permission.