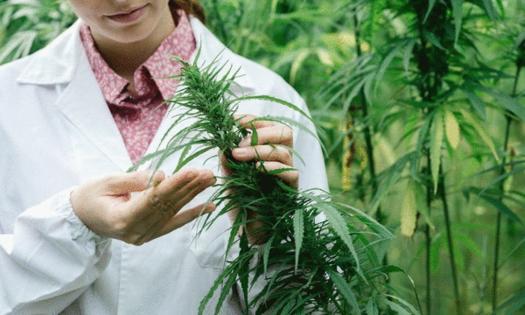 Over the last six years, WSU has undertaken some 50 projects including studies of behavioral and biological predictors of cannabis abuse. By Nina Zdinjak

The Washington State University Faculty Senate and Board of Regents have formed a Center for Cannabis Policy, Research and Outreach (CCRPO) with the idea of overseeing the school’s comprehensive cannabis research, reported Hemp Today.

“The center status recognizes our researchers’ outstanding, multi-disciplinary scholarship on cannabis. It also brings together under one center work on everything from research focused on the impact of cannabis on development to scholarship on cannabis and public safety, as well as our growing hemp research,” said Michael McDonell, CCPRO Director.

WSU began cannabis research back in 2011, prior to Washington becoming the first state, along with Colorado, to legalize adult-use cannabis in 2012. Now, the university is poised to take its research to the next level as it will employ around 100 scientists to supervise many ongoing cannabis-related studies.

One of them is being led by Professor David Gang, whose WSU research team is in its second year of hemp planting trials.

The University also collaborated with researchers from Oregon and California who are examining hemp germplasm for CBD and industrial use, analyzing plant chemistry and searching for varieties that would blossom in specific parts of the state.

Over the last six years, WSU has undertaken some 50 projects including studies of behavioral and biological predictors of cannabis abuse using a novel animal model of cannabis vapor administration. This research was recently granted $400,000 from the National Institute on Drug Abuse.

To some, this latest development on recreational marijuana has been a long time coming as residents of the state have always supported the adult use of cannabis.

Montana is about to decriminalize the adult use of ...Read More

Vinegar and cranberry are some of the most mentioned DIY drug test solutions. But are they effective or simply an urban myth?

The internet is great for getting information and advice on a lot of things. Flushing drugs ...Read More

Washington State will be handing out free joints in participating cannabis retailers for adults getting a COVID-19 shot.

In an effort to encourage vaccinations and speed the process up, Washington State has approved a �...Read More

What we can gather from this report, and other consumer reports like this one, is that Americans are past ready for cannabis legalization, especially after the stress of 2020.

The cannabis industry’s proof was in ...Read More

Because marijuana remains illegal at the federal level, using personal protection in the form of firearms really isn’t an option.

A few years back, the knowledge of these “minor” cannabinoids were only coming to light. Today there’s a lot more in-depth information about each one mentioned here.

How well do you know your cannabinoids?