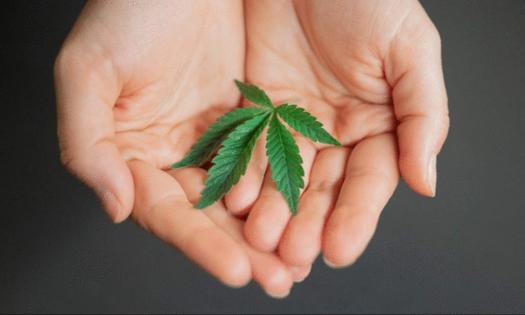 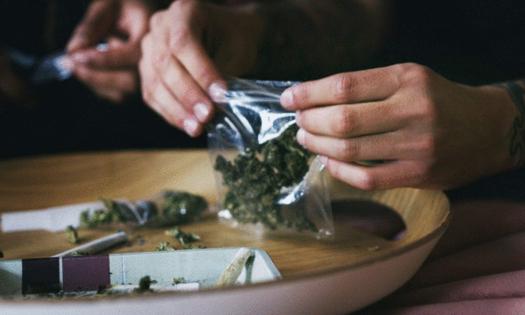 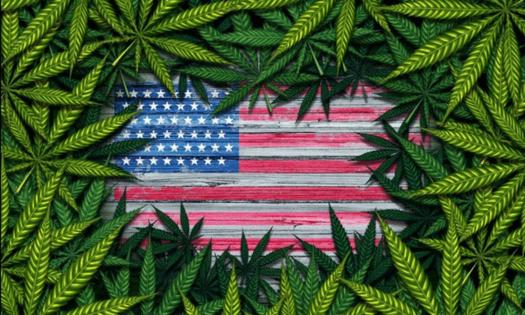 Although Republicans are expected to make it a challenge this year for cannabis reform on Capitol Hill, a couple of Congressmen of the GOP in the House of Representatives have come forward with a bill aimed at legalizing marijuana nationwide.

Before you get too excited, it’s not the super-hyped comprehensive cannabis reform measure that Senate Majority Leader Chuck Schumer has been promising to introduce “soon.” This one is a seemingly competitive measure aimed at helping military vets, enhancing research, and making weed a legitimate part of national commerce.

U.S. Representative David Joyce (R-OH) and Don Young (R-AK), both members of the Congressional Cannabis Caucus (CCC), recently submitted the Common Sense Cannabis Reform for Veterans, Small Businesses, and Medical Professionals Act. The bill is designed to end federal marijuana prohibition, yet it emphasizes medical marijuana research, access for veterans, and opening interstate cannabis commerce where permitted. It would remove cannabis from the Controlled Substances Act, allowing it to be taxed and regulated like other legal drugs. The Food and Drug Administration and the Alcohol and Tobacco Tax and Trade Bureau would oversee the industry. Marijuana would basically be treated like beer and cigarettes.

Lawmakers with the CCC say it is time.

This cannabis “legislation answers the American people’s call for change and addresses our States’ need for clarity by creating an effective federal regulatory framework for cannabis that will help veterans, support small businesses and their workers, allow for critical research and tackle the opioid crisis, all while respecting the rights of States to make their own decisions regarding cannabis policies that are best for their constituents,” Joyce said in a statement. “I look forward to working with my colleagues on both sides of the aisle to get this bill signed into law so that we can enact sensible and meaningful cannabis reform that will improve lives and livelihoods.”

With the latest Pew poll showing 91% of the American population in support of full-blown legalization, cannabis advocates hope that Congress will finally get serious about revamping pot policy. “With an overwhelming majority of Americans supporting the end of cannabis prohibition, it’s clear that our country has a mandate to create a legal industry that supports both medical and adult-use,” said Steve Hawkins, executive director at the Marijuana Policy Project.

Unlike the bill that Schumer and crew have promised, the CCC’s measure doesn’t touch on expunging past pot convictions and repairing damages brought on by the drug war. That’s something the advocacy groups hope will be reconsidered as the bill makes its way through the legislative process.

“MPP is hopeful that subsequent negotiations and versions of this bill will include robust social justice and equity provisions to address the devastation caused by prohibition and the failed War on Drugs,” Hawkins said. “Federal legalization must be drafted and regulated to provide social and economic justice for the millions of lives upended by discrimination and unequal enforcement. By including those most harmed, we can build an equitable, well-regulated, and inclusive cannabis industry from the ground up.

The Common Sense Cannabis Reform for Veterans, Small Businesses, and Medical Professionals Act has a good shot at passing the House of Representatives. Although by a slim margin, the Democrats still control the lower chamber, and they’ve passed a cannabis-related measure (SAFE Banking Act) in the past month. The problem is the bill is going to meet some resistance if it reaches the Senate. Majority Leader Schumer seems rather focused on the cannabis reform concept he’s got up his sleeve, so he might not want to complicate things by putting a competing proposal on the docket.

Although the Senate is also dominated by Democratic control, it is by an even slimmer margin than in the House. It’s a 50-50 split with Vice President Kamala Harris being the tiebreaker. This makes passing a cannabis reform measure of any kind extremely difficult. Primarily because of the filibuster — an old Senate rule requiring a 60-vote supermajority on controversial issues.

It remains to be seen how Democratic lawmakers plan to deal with the cannabis debate in 2021. But rest assured, regardless of whether it is the Common Sense Cannabis Reform for Veterans, Small Businesses, and Medical Professionals Act or whatever bill Schumer proposes, the battle won’t be easy.

In a statement made following the vote, Gov. Lamont said it was fitting that cannabis legalization should happen on the anniversary of the war on drugs.

Connecticut is on the verge of becoming the...Read More