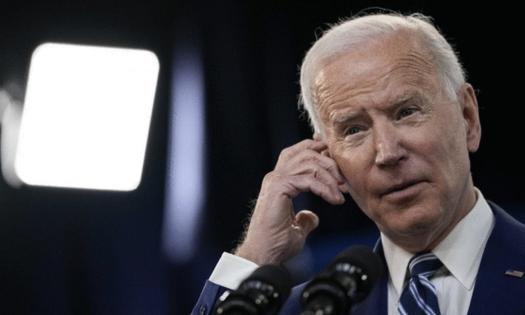 What would Biden actually do if a bill to legalize cannabis reaches his desk? According to his press secretary, he wouldn’t be prone to approving it. By Nina Zdinjak White House Press Secretary Jen Psaki answered various cannabis legalization questions on the unofficial cannabis holiday 4/20, refusing to make clear whether or not President Joe Biden would sign a bill to legalize cannabis on the federal level.

When asked if Biden would sign the bill to halt federal cannabis prohibition if Congress approved it, Psaki said that he supports states’ rights to do so. Photo by Drew Angerer/Getty ImagesUnclear Response “The president supports leaving decisions regarding legalization for recreational use up to the states, rescheduling cannabis as a Schedule II drug so researchers can study its positive and negative impacts and, at the federal level, he supports decriminalizing marijuana use and automatically expunging any prior criminal records,” she said. “He also supports legalizing medicinal marijuana so that’s his point of view on the issue.”

The question came back more directly and precisely in an effort to find out what would Biden actually do if the bill reaches his desk, upon which Psaki alluded that he wouldn’t be prone to approving it, further stating that, “I just have outlined what his position is, which isn’t the same as what the House and Senate have proposed, but they have not yet passed a bill.”

“I am going to put this bill on the floor soon. It hasn’t been introduced yet,” Schumer said, noting he has been working with Sen. Cory Booker (D-NJ) and Senate Finance Committee Chairman Ron Wyden (D-OR) on the measure’s draft. “Once it is introduced, it will go on the floor,” Schumer said. SAFE Banking Act And Request For More Research In regards to the SAFE Banking Act, which was approved Monday for the fourth time by the U.S. House of Representatives, Psaki noted she is not familiar with the president’s stance on it and would need to follow up with the answer, reported the outlet.

Psaki pointed out that although Biden supports decriminalization and legalizing medical cannabis, he demands more research on the affects of recreational use legalization.

“He’ll look at the research once that’s concluded,” Psaki said. “Of course we understand the movement that’s happening toward it. I’m speaking for what his position is and what long consistently has been his position. He wants to decriminalize, but again, he’ll look at the research of the positive and negative impacts.” Photo by matt_benoit/Getty ImagesAnalyst Optimistic About Legalization Jaret Seiberg, an analyst at Cowen, said in a Monday note that it doesn’t matter what the president thinks about cannabis; if it reaches his desk, he’ll sign, reported Forbes.

“We believe there is too much focus on President Biden. It does not matter how he views legalization,” Seiberg wrote. “He will sign into law whatever cannabis bill that the Democratic Congress sends him. Legalization may not be Biden’s priority, but he will not be an obstacle to it becoming law.”

Seiberg recognized the challenge of getting the 10 Republican votes needed for the victory. “It is why the industry’s lobby efforts are critical. Legalization is unstoppable once there are 10 Senate GOP votes.”

Cowen is, however, enthusiastic about overcoming these difficulties and seeing the bill approved in Congress.

Schumer shares the optimism: “Hopefully, the next time this unofficial holiday 420 rolls around, our country will have made progress in addressing the massive over-criminalization of marijuana in a meaningful and comprehensive way.”