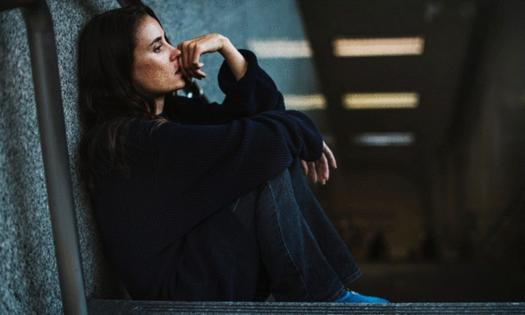 Withdrawal symptoms experienced when quitting marijuana will not always be severe for everyone. Here’s why.

In recent years, the attitude of the majority of people towards cannabis has changed, mostly from negative to positive. In the past, cannabis was often viewed as a potential threat for drug abuse in young people, which gave it a bad reputation in different communities.

Many more states have legalized marijuana for both medical and recreational use because of the abundance of positive research, the endless work of marijuana advocates, and so on. Now that cannabis is legal, there have been a lot of debates and discussions among cannabis users and enthusiasts regarding several cannabis related issues, including the million-dollar question: is cannabis withdrawal real? And if so, how bad is it?

First, is cannabis addictive? Well, marijuana can be additive; it all depends on how you use it. So if not properly dosed and you abruptly stop consuming cannabis, you may experience what is termed as “withdrawal.” In America, reports show that more people (1 in 6) may become addicted to cannabis especially if they use marijuana before 18 years of age. The symptoms of cannabis withdrawal  The symptoms will tell you if you are suffering from withdrawal, and these include: Irritability makes the individual feel like something is missing.Reduced appetite because marijuana is known for boosting our appetite.Sleep disorders like insomnia which can be prolongedChills even when it’s not coldHeadachesDepressed and anxious feelingsA loss of focus and concentrationConsistent sweatingStomach issues The symptoms mentioned above can range from mild — especially for those who take cannabis in small doses — to severe symptoms for those who take it a lot. But the symptoms are not dangerous or life-threatening, yes they are unpleasant, but you don’t have to fear for your life.

It should be noted that if you smoke marijuana less frequently, you may not experience withdrawal symptoms when you stop smoking it. The withdrawal becomes very hard when the consumer is a regular smoker.

Now those who take marijuana experience physical and psychological symptoms caused by your body having to adjust to not having a constant supply of delta-9 tetrahydrocannabinol (THC).

The THC compound is a primary psychoactive ingredient in marijuana, so when you smoke marijuana regularly, your brain cultivates a tolerance for it.

As you smoke more marijuana, your brain starts to depend on the supply of THC, but when you stop smoking, the brain adjusts to not having it. Your body needs to become accustomed to this new state of not having THC, and this is when you start to experience the unpleasant symptoms.

The symptoms can be increasingly unpleasant such that some people go back to smoking marijuana which increases the problem. While the problem is difficult in itself, going back to marijuana is not a good choice, so we must understand the concept of managing the symptoms effectively. Managing and preventing withdrawal symptoms  One of the reasons why some people see withdrawal as an arduous process is that they cannot manage it and also don’t know how to prevent it. If you want to stop smoking, the first step to take is to speak with your doctor about the aftermath of your quitting smoking.