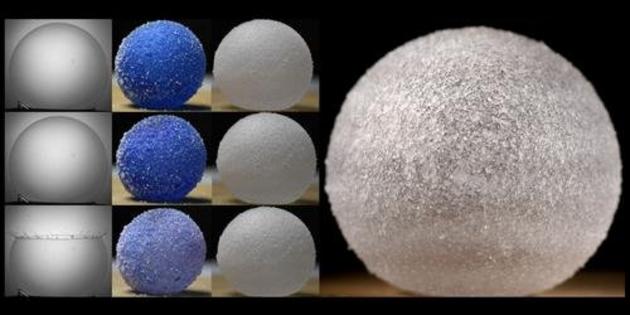 The University of Lille team, whose findings were published in the journal Physical Review Fluids, said their research into soap bubbles found they tend to pop after just a few moments due to the "gravity-induced drainage and/or the evaporation of the liquid" inside the soap sphere.

The team, Aymeric Roux, Alexis Duchesne and Michael Baudoin, studied typical "fragile and ephemeral" soap bubbles and gas marbles, a type of bubble made from a liquid solution that contains plastic beads.

The researchers said they analyzed water-based gas marbles and gas marbles made with a solution of water and glycerol, a compound commonly used in various foods and medicines.

The gas marbles containing glycerol displayed particular longevity, with one of the bubbles lasting for a total 465 days before bursting. The team said the gas marble's lifespan is believed to be a new world record.

The researchers said the long-lasting bubbles they created during their project could be used to create stable foams.